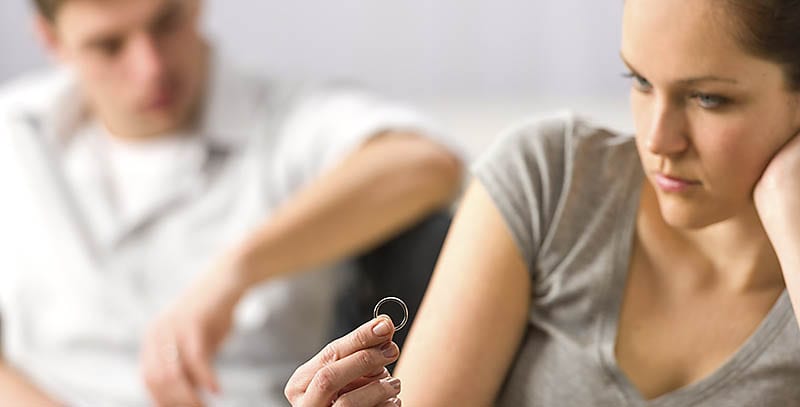 This is another volatile subject, and you can read much on both sides of the issue. Remember that the whole Bible is not written TO Christians. All of it is FOR us to understand but some of it pertains to Israel in the past or future. After biblically considering the whole subject, our honest conclusion is that God does not say to us as Christians that one who divorces his or her spouse must remain unmarried or he/she is living in sin.

How could that possibly be the heart of the God (and the Lord Jesus) whom we see give people (like Israel) countless chances after gross behavior? How practical would it be for someone whose spouse turned away from them, either by leaving or by treating them in an ungodly way (even to the point of abuse), to never be able to marry again? Wouldn’t God want the children involved to be raised by a good father if the mother could find one? Doesn’t He want His people to find “true love” and equal spiritual commitment in marriage?

The idea that God is so stringent that He would lay down an absolute law about something so rampant among Christians just goes against the grain of His love, compassion, and understanding that we see throughout the Word.

That being said, divorce is a traumatic experience and it should never be done without exhausting every possibility for reconciliation. Then, if one still believes that before God the best thing to do is end a toxic marriage, that is his/her choice. And even if you initiated a divorce before becoming a Christian, you can ask God for forgiveness and move on. Obviously God would prefer that both parties turn to Him and made their marriage work, but, as Jesus said, Moses permitted divorce because people are people, and they often choose to harden their hearts toward one another.

A key principle in “rightly dividing” the Word is that it cannot contradict itself. 1 Corinthians 7 is the only section of Scripture written to Christians that addresses marriage, divorce, and remarriage in any detail. Though there are other verses to also consider, look at the following verses, which certainly seem to say that someone who is “loosed” from a wife may marry someone else and is not sinning if he does:

1 Corinthians 7:27 and 28 (NKJV)
27 Are you bound to a wife? Do not seek to be loosed. Are you loosed from a wife? Do not seek a wife. 28 But even if you do marry, you have not sinned; and if a virgin marries, she has not sinned. Nevertheless such will have trouble in the flesh, but I would spare you.

The dissolution of a Christian marriage not only breaks two hearts, but also the heart of God. Through Jesus Christ, each Christian is empowered to love as he did, and a loving Christian marriage is one of the greatest treasures there is. The Lord Jesus heals to the uttermost, and if both parties are willing, he can resurrect any marriage, no matter how dead it is.