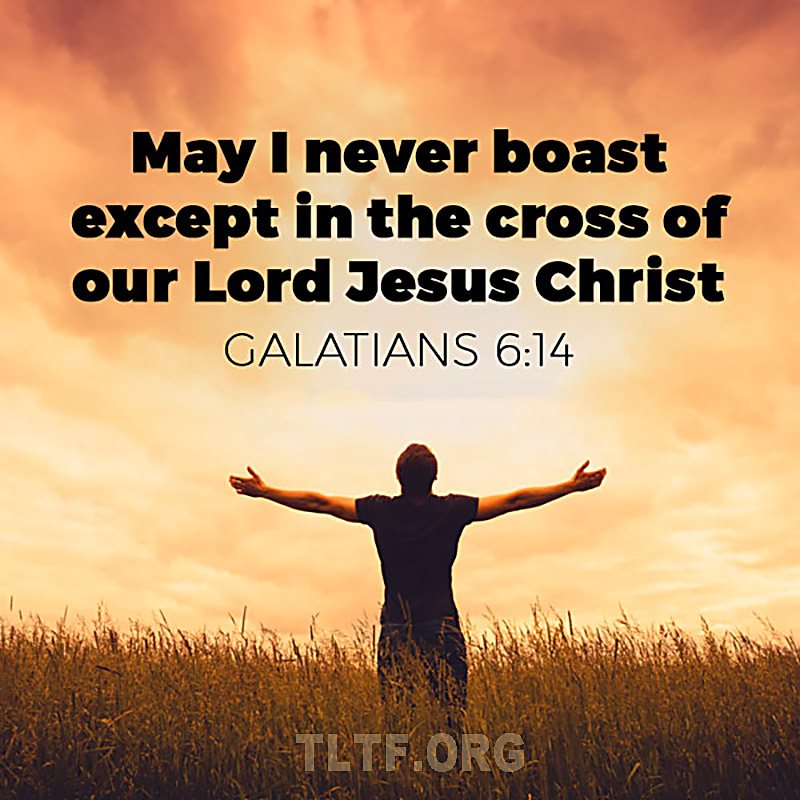 Consider this classic exhortation to us as followers of the Lord Jesus Christ:

Hebrews 12:1-3
Therefore, since we are surrounded by such a great cloud of witnesses, let us throw off everything that hinders and the sin that so easily entangles. And let us run with perseverance the race marked out for us, 2 fixing our eyes on Jesus, the pioneer and perfecter of faith. For the joy set before him he endured the cross, scorning its shame, and sat down at the right hand of the throne of God.3 Consider him who endured such opposition from sinners, so that you will not grow weary and lose heart.

So let us consider our Lord’s crucifixion, and some literal and metaphorical Scripture references to “the Cross.” Here’s what I found on a website about the history of crucifixion:

“In antiquity, crucifixion was considered one of the most brutal and shameful modes of death. Death, usually after six hours to four days, was due to multi-factorial pathology: after-effects of compulsory scourging and maiming, hemorrhage and dehydration causing hypovolemic shock and pain, but the most important factor was progressive asphyxia caused by impairment of respiratory movement. The attending Roman guards could leave the site only after the victim had died, and were known to precipitate death by means of deliberate fracturing of the tibia and/or fibula, spear stab wounds into the heart, sharp blows to the front of the chest, or a smoking fire built at the foot of the cross to asphyxiate the victim.”

Suffice it to say that the emotional and physical horror of this form of execution is hard to describe, and it is gut-wrenching to think of our precious Lord, most likely naked, willingly subjecting himself to such torture on our behalf. But, as we know from the Word of God, his torturous death was the only way God could provide everlasting life, both to His Son and to those who choose to make him Lord. Thanks to Jesus Christ, “death unto life” is a powerful, though seemingly incongruous, theme in God’s Word.

Knowing the sacrifice that lay before him, Jesus used figurative references to the Cross to emphasize what constitutes the daily reality of walking with him and making him known to others. For example:

Luke 9:22-23
22 And he said, “The Son of Man must suffer many things and be rejected by the elders, the chief priests and the teachers of the law, and he must be killed and on the third day be raised to life.” 23 Then he said to them all: “Whoever wants to be my disciple must deny himself and take up his cross daily and follow me. 24 For whoever wants to save his life will lose it, but whoever loses his life for me will save it.

In essence, what Jesus is saying is that SELF is the mortal enemy of the Cross, that is, God’s plan of redemption. And boy, do I see this in me. The self-centered sin nature we each inherited from Adam relentlessly prompts us to put ourselves and our own interests ahead of the welfare of others.

“Narcissism” is “inordinate fascination with oneself; excessive self-love; vanity,” and the sad history of our world vividly reveals that trait in countless so-called “leaders.” The word comes from the mythological moron, Narcissus, who saw his own reflection in a pool of water and fell in love with it. Isn’t that pretty much what is going on with those who think the world revolves around them? And aren’t we all constantly tempted to think that way?

Unless one is born again of God’s spirit, and thus “in Christ,“ he is dead in sin and legally condemned in the sight of God, whose saving grace is our only hope. It is the Son of God who made that a viable reality for all men.

Colossians 2:13-15
13 When you were dead in your sins and in the uncircumcision of your flesh, God made you alive with Christ. He forgave us all our sins, 14 having canceled the charge of our legal indebtedness, which stood against us and condemned us; he has taken it away, nailing it to the cross. 15 And having disarmed the powers and authorities, he made a public spectacle of them, triumphing over them by the cross.

A “works” mindset causes people to think they can earn God’s favor by their own efforts. In this current Administration of the Secret (Eph. 3:9), that includes water baptism, which Paul addressed, contrasting it with the true gospel of God’s grace that centers on the cross.

1 Corinthians 1:17-18
17 For Christ did not send me to baptize, but to preach the gospel—not with wisdom and eloquence, lest the cross of Christ be emptied of its power. 18 For the message of the cross is foolishness to those who are perishing, but to us who are being saved it is the power of God.

Despite today’s somewhat skewed dictionary definitions of “humility” (e.g., “having a feeling of insignificance, inferiority, subservience; low in rank, importance, status, quality”), true humility is a sign of strength, and, for us believers, stems from an assurance of our identity in Christ. He is our perfect example of what it means to genuinely humble oneself, and of the benefits of so doing.

Philippians 2:8-11
8 And being found in appearance as a man, he humbled himself by becoming obedient to death—even death on a cross! 9 Therefore God exalted him to the highest place and gave him the name that is above every name, 10 that at the name of Jesus every knee should bow, in heaven and on earth and under the earth, 11 and every tongue acknowledge that Jesus Christ is Lord, to the glory of God the Father.

Likewise, when you and I choose an opportunity to “die” to our self-will, also known as “crucifying our flesh,” we too will come out ahead, so to speak, experiencing newness of life via “resurrection” growth as a result of our obedience. And that is what Philippians 3:10 is talking about, not a physical resurrection: “I want to know Christ—yes, to know the power of his resurrection and participation in his sufferings, becoming like him in his death, 11 and so, somehow, attaining to the resurrection [out] from [among] the dead” (ditto for 2 Cor. 4:10-11).

1 Peter 2:23-25
23 When they hurled their insults at him, he did not retaliate; when he suffered, he made no threats. Instead, he entrusted himself to him who judges justly. 24 “He himself bore our sins” in his body on the cross, so that we might die to sins and live for righteousness; “by his wounds you have been healed.” 25 For “you were like sheep going astray,” but now you have returned to the Shepherd and Overseer of your souls.

As truly committed followers of Christ, we too will experience similar persecution. When we do, we can look at it as an opportunity to cleave unto our Lord and grow closer to him. Consider Paul’s declaration in Colossians 1:24: “Now I rejoice in what I am suffering for you, and I fill up in my flesh what is still lacking in regard to Christ’s afflictions, for the sake of his body, which is the church.”

According to Scripture, mankind is divided into two basic groups: those who wisely come to the light and those who foolishly choose to remain in the darkness. Understanding that truth alleviates our feeling guilty or discouraged when someone with whom we share the Gospel refuses to believe it, and may even oppose us.

2 Corinthians 2:14-17
14 But thanks be to God, who always leads us as captives in Christ’s triumphal procession and uses us to spread the aroma of the knowledge of him everywhere. 15 For we are to God the pleasing aroma of Christ among those who are being saved and those who are perishing. 16 To the one we are an aroma that brings death; to the other, an aroma that brings life. And who is equal to such a task? 17 Unlike so many, we do not peddle the word of God for profit. On the contrary, in Christ we speak before God with sincerity, as those sent from God.

The cross symbolizes shame, weakness, helplessness, and death, just the opposite of what the world calls “success.” Pr-I-deful men boast in their humanistic accomplishments, but you and I are encouraged to boast in the Lord, in our hope of his appearing, and with regard to other spiritual verities. For example, see 2 Corinthians 10:8-17. We are to boast in what our Lord accomplished for us.

Galatians 6:14
May I never boast except in the cross of our Lord Jesus Christ, through which the world has been crucified to me, and I to the world.

In Christ, and in our identification with his death, we are “dead to sin,” and alive unto righteousness. For many people, the humble message of the Cross is a huge stumbling block. In fact, it makes them “cross,” which in today’s English parlance means “annoyed or angry.” Thus they reject God’s way of salvation as foolishness. But for us who love our Lord Jesus, it is purely Good (actually BEST) News.

Philippians 3:17-21
17 Join together in following my example, brothers and sisters, and just as you have us as a model, keep your eyes on those who live as we do. 18 For, as I have often told you before and now tell you again even with tears, many live as enemies of the cross of Christ. 19 Their destiny is destruction, their god is their stomach, and their glory is in their shame. Their mind is set on earthly things. 20 But our citizenship is in heaven. And we eagerly await a Savior from there, the Lord Jesus Christ, 21 who, by the power that enables him to bring everything under his control, will transform our lowly bodies so that they will be like his glorious body.

On that day, we will begin to fully reap the benefits of our magnificent salvation, which we get to enjoy forever. Therefore, let us boast in all that the Lord did for us, what he is doing now, and what he will do when he comes for us. See you then, if not before.