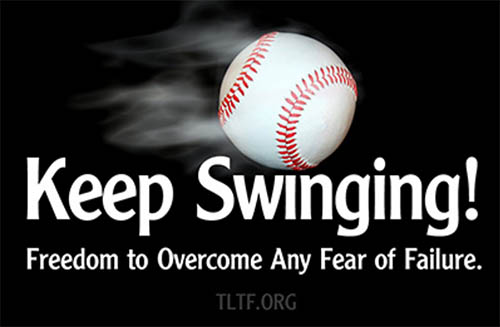 In 1927, Babe Ruth set the Major League Baseball record for most home runs in a season with 60 “dingers.” That mark stood until 1961, when another New York Yankee, Roger Maris, finally bested it with 61 circuit clouts. BUT, by that time the major league season had been extended from 154 games to 162, so Maris had eight more games to break the record. Thus his name in the record books has since contained an invisible, but nonetheless indelible, asterisk(*).

As you know, God’s Word honestly sets forth both the feats and the foibles of the men and women who chose to love and serve Him. Perhaps the most striking combination of great good and egregious evil is David, who went from shepherd boy to King, and whose godly exploits led Israel to some of its most glorious moments. That same man also infamously committed adultery with Bathsheba and then orchestrated the murder of her husband, Uriah, a most faithful servant of Yahweh. In that sense, David also has an asterisk(*) after his name. Nonetheless, God’s overall assessment of David’s life is that he was “a man after God’s own heart.” Why? Because when God confronted him, David owned his sin, was pierced to his core, and immediately repented of it.

In the Garden of Eden, God’s prototype man chose his self-will over God’s will and wrote a song that Frank Sinatra later popularized—I Did It My Way. In the Garden of Gethsemane, the Last Adam changed the words to, I Did It Your Way, saying, “Not my will, but yours be done.” Some of the words in Frank’s narcissistic, out-of-touch-with-reality song are: “Regrets, I’ve had a few…but then again, too few to mention.” And in regard to my own life, I think, “A few?! Omigosh, I feel like my “RAP Sheet” (maybe as in Rewards Are Pending) is covered with asterisks(*)! And it grieves me when I think about them.

I’m guessing that you can identify with that kind of remorse, and I hope this missive encourages you to be like the “just man who falls seven times and rises again” (Prov. 24:16). Although each of us has failed the Lord many times, we need neither spiral into despair nor stagnate in our disappointment. Instead, we can thankfully accept God’s infinite forgiveness, rest in His unwavering love, learn from our mistakes, get back up and move forward with Him and our Lord Jesus.

Were this a live teaching, I’d read Hebrews 12:1-11, which first encourages us to follow the example of our Lord, whose joyful hope in the face of relentless opposition energized him to endure the Cross. God then assures us that His fatherly discipline stems from His immeasurable love for us and His desire to see us maximize our spiritual potential for His sake—and ours. Then verses 12-13 state: “Therefore, strengthen your feeble arms and weak knees. Make level paths for your feet,” so that the lame may not be disabled, but rather healed.”

When I sustained relatively minor injuries during my many years of football, basketball, and baseball, a coach often told me to, “Walk it off.” Rather than take a time out, sit down, let a muscle tighten up, and eventually begin to atrophy (shrink from disuse), we can gather ourselves, take a breath, and keep going, despite our pain. The above verses in Hebrews say essentially the same thing. Just don’t quit!

Despite their greatness, both Ruth and Maris (and all of today’s great players) failed at the plate almost 70% of the time. Although they realized this fact, they also understood that if they did not swing the bat, they would never hit the ball! They were not afraid to fail, knowing that acknowledging and analyzing their failures would lead to a higher batting average—if they kept swinging.

Here in the USA, we celebrate our Independence Day on July 4. True liberty means we each have the power to choose our thoughts, words, and deeds—right or wrong. In His boundless love, God gave us genuine free will, which He never usurps. In that sense, He has given us the freedom to fail—and the freedom to overcome any fear of failure. To the degree that we internalize the truth about God’s love, His grace, His mercy, and His forgiveness, we will fearlessly “step out of the boat” to walk with our Lord Jesus on the waters of life. In that sense, we can “fail forward,” as the saying goes, by getting it right the next time… or the next time… or the next time.

Segment 23 of One Day With The Creator is titled Living With The Sin That Dwells In You. There I exposit Romans 7:14-25, some of the most pertinent verses in God’s Word regarding how to recognize and subjugate the inherent sin nature that plagues us all. Understanding that section means that although you will always have “the sin that dwells in you,” it doesn’t have you! The Real You, so to speak, is who God has made you to be in Christ.

Paul’s first epistle to the Corinthians is basically stern reproof from start to finish. Some months later, he penned his second letter, which is also full of his heartfelt love for those brethren. 2 Corinthians 7 is one of my favorite sections of Scripture, and the following excerpt illustrates how godly sorrow and genuine repentance look, and the benefits thereof.

2 Corinthians 7:8-11
8 Even if I caused you sorrow by my letter, I do not regret it. Though I did regret it—I see that my letter hurt you, but only for a little while— 9 yet now I am happy, not because you were made sorry, but because your sorrow led you to repentance. For you became sorrowful as God intended and so were not harmed in any way by us. 10 Godly sorrow brings repentance that leads to salvation and leaves no regret, but worldly sorrow brings death. 11 See what this godly sorrow has produced in you: what earnestness, what eagerness to clear yourselves, what indignation, what alarm, what longing, what concern, what readiness to see justice done. At every point you have proved yourselves to be innocent in this matter.

Speaking of “innocent,” you are—in the sense that as a son of God with the righteousness of Christ, you have been forever judged NOT GUILTY. And God has promised that if we confess our sins, He is faithful and just to forgive us and cast them away as far as the east is from the west.

Today, after 58 years, that unwritten “asterisk” still haunts Maris’ achievement. And though you may feel that your behavioral asterisks do likewise, you have God’s assurance that by his finished work of redemption, the Lord Jesus Christ has expunged every one of them for which you have repented. What a Savior!

Therefore, as you look back on your life, you can let go of anything from your past that is hindering your present, and thus your future. Cast onto the Lord whatever regrets you have, rejoice in your righteousness, and know that as you go forward, he goes with you until the day when he comes to take us out of this world and into his presence forever. See you then, if not before.