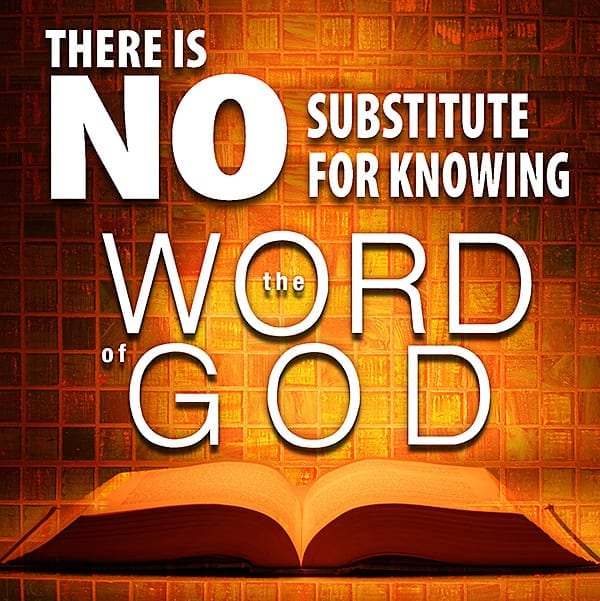 Do you own a copy of our priceless, one-of-a-kind book, One God & One Lord: Reconsidering the Cornerstone of the Christian Faith? If so, thank God it is 2014 and not 1553, and thank God you don’t live in Geneva, Switzerland. Why? Because if John Calvin had caught you with a copy of such a “heretical” work as ours, he would have burned you at the stake like he did Michael Servetus, with the last known copy of his book, Christianismi Restitutio (The Restoration of Christianity), chained to his side.

I read about this recently in a sobering and inspiring book titled, Out of the Flames, by Lawrence and Nancy Goldstone. Loaded with European history from the late 1400s to the 1800s, Out of the Flames tells the amazing story of a Spaniard named Michael Servetus, a brilliant scientist, mathematician, and theologian, whose life was prematurely snuffed out at the age of 42. Although murdered by John Calvin, whose demonically twisted biblical interpretations have since been a blight on Christianity, Servetus’ work lives on. That is because, despite the vicious attempts to stamp out his work, God miraculously preserved three copies of his book. Of necessity a gut-wrenching account of unspeakable religious brutality, Out of the Flames is also an extraordinary testimony to the power of Truth, the enduring legacy of the written word, and the triumph of individual courage.

What was Servetus’ crime? He refused to bow to the pagan idol known as the “Trinity,” and in 1531 wrote a cogent exposition titled, On the Errors of the Trinity. In it Servetus excoriated the philosophical contrivances used to prove the Trinity that were the cornerstone of church corruption. Unitarian scholar Earl Morse Wilbur (1866-1956), who translated it into English, wrote that Errors “is suffused with passionate earnestness, warm piety, an ardent reverence for Scripture, and a love for Christ so mystical and overpowering that [he] can hardly find words to express it.”

Of course Servetus was only one of thousands who were murdered by Roman Catholics or Calvinists for refusing to believe something so absurd that no one could understand or explain it to them. Is it obvious that the Devil is invested in obscuring both God and Christ by way of this insane fable? Logically, that would mean that GOD is invested in promoting the truth about Him and His Son and their relationship. And yet I know believers who have heard this truth who now say it doesn’t really matter whether a Christian believes in the Trinity or not. Huh?!?! Jesus thinks it matters.

The world’s “justice system” is a farce, but thank God that one day every human being who has ever lived will get exactly what he deserves, both good and bad. No doubt Michael Servetus read, and was inspired by, the following verses:

Jude 1–4
1 Jude, A servant of Jesus Christ and a brother of James, To those you have been called, who are loved by God the father and kept by Jesus Christ. 2 Mercy, peace and love be yours in abundance. 3 Dear friends, although I was very eager to write to you about the salvation we share, I felt I had to write an urge you to contend for the faith that was once for all entrusted to the saints. 4 For certain man whose condemnation was written about long ago have secretly slipped in among you. They are godless men, who changed the grace of our God into a license for immorality and deny Jesus Christ our only Sovereign and Lord.

You and I are “called, loved, and kept” by God and Christ. That should motivate us to stand up for our Father and our Lord, and to “contend for the faith,” that is, the Truth about them that they have so graciously given us. The reason we need to contend FOR the faith is because so many other people are contending AGAINST it. In that vein, here’s a great verse:

Ephesians 4:14 (KJV)
That we henceforth be no more children, tossed to and fro, and carried about with every wind of doctrine, by the sleight of men, and cunning craftiness, whereby they lie in wait to deceive;

A more literal rendering of the last clause is, “with a view to the systematizing of error.” These wicked people “lie in wait to deceive,” and they do so with a calculated strategy to deceive people by their lies. What should you and I do about that?

Ephesians 4:15 says we should “speak the truth in love.” You may know that there is no corresponding word for “speaking” in the Greek text, and that “truthing it” more accurately conveys God’s thought here. That is, we are not only to speak the truth but also to live it—to BE TRUE TO TRUTH. Hey, if the Devil is invested in the systematizing of error, we should be more invested in the systematizing of Truth. That’s how we carry out our “War on Error.” That’s how we wield “…the sword of the Spirit, which is the word of God” (Eph. 6:17). And, in the context of standing against opposition, consider this verse:

1 Peter 3:15a
But in your hearts set apart Christ as Lord. Always be prepared to give an answer to everyone who asks you to give the reason for the hope that you have….

The Greek word translated “answer” is apologia, which, according to its eight uses from Acts to 1 Peter, means “an answer of truth in the face of accusation.” In theological circles today, “Apologetics” deals with answering man’s basic questions regarding our Origin (where did we come from?), Purpose (why are we here?), Morality (what is right and wrong?), and Destiny (what happens after death?). Of course, THE WORD OF GOD is the only source of true answers to those universal questions.

I recently saw some statistics that were both surprising and encouraging. They stated that between now and 2025 Christianity will have the largest net gain in terms of adherents, while Agnosticism and Atheism will have a significant net loss. I saw some other figures saying that in China there are now 16,500 converts to Christianity per day, with similar numbers in Africa.

Praise the Lord that so many more people will have everlasting life with us in Paradise! But, given how much “systematizing of error” we know these new Christians are being force fed, it behooves us to give our all to share with everyone we can the truth our God wants them to know. His goal for each person is clearly set forth as follows:

1 Timothy 2:3 and 4
3 This is good, and pleases God our Savior, 4 who wants all men to be saved and to come to a knowledge of the truth.

THERE IS NO SUBSTITUTE FOR KNOWING THE WORD OF GOD. If one does not know it, he can neither teach it nor live it. For some reason you and I have the earth-shaking privilege of knowing biblical truth that only a fraction of all humanity has ever heard. I don’t know why we do, but I’m so glad it’s true. One of these days, the Lord Jesus really is going to show up and “rescue us from this present evil age,” and after that each of us will stand before him to answer something like: “What did you do with ‘the faith’ that was delivered unto you?” Like you, I want to be able to say that I gave my utmost for his highest.

As the famous Beatles’ song goes, “Hey Jude, don’t make it bad. Take a sad song and make it better.” Hey, let’s let Jude speak for himself, as he closes his brief epistle with these encouraging words, which are a melodious alternative to the world’s funeral dirge.

Jude 20–25
20 But you, dear friends, build yourselves up in your most holy faith and pray in the Holy Spirit. 21 Keep yourselves in God’s love as you wait for the mercy of our Lord Jesus Christ to bring you to eternal life. 22 Be merciful to those who doubt; 23 snatch others from the fire and save them; to others show mercy, mixed with fear—hating even the clothing stained by corrupted flesh. 24 To him who is able to keep you from falling and to present you before his glorious presence without fault and with great joy—25 to the only God our Savior be glory, majesty, power and authority, through Jesus Christ our Lord, before all ages, now and forevermore! Amen.