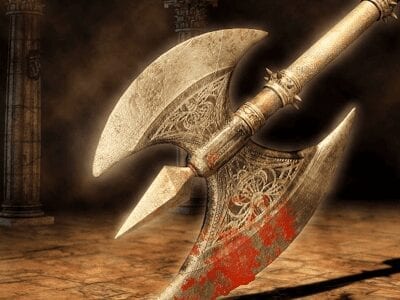 Another biblical variable that affects our lives is the spiritual battle raging between the forces of good and evil in the realm beyond our five senses. Remembering from Ezekiel 28 and Isaiah 14 how much power and wisdom God originally gave “Lucifer” should help us to understand how formidable a foe we now have, and how diligent we must be in resisting him.

If you read Daniel 10:1–14, you will see that Daniel saw a vision from God, but he did not know what it meant, so he asked God to show him. Three weeks later an angel showed up. He told Daniel that his prayer had been heard when he first prayed, and that he had at once left “Angel Headquarters” to bring him the answer.

So why did it take him three weeks to get there, you ask? Because Daniel did not have enough faith? No, it was because “…the prince of the kingdom of Persia…” withstood the angel twenty-one days. Of course this “prince” was not a human being, but a high-ranking, territorial evil spirit. We do not know the details of their confrontation during those three weeks, but this account makes it clear that the spiritual battle raging beyond our senses may be the reason why certain prayers take time—a little or a lot—to be answered.

Daniel’s attitude, however, is pivotal in this record. At the end of one day of prayer, he did not say to God, “Oh brother, you give me a vision and no explanation, and now you’re asleep up there! I quit!” Then twenty days later an angel pulls in and says, “Where’s Daniel?” No, it didn’t happen that way. Daniel continued to have faith and look to God, and he did receive the answer to his prayer.

A verse in the Church Epistles illustrates this same truth.

1 Thessalonians 2:18
For we wanted to come to you—certainly I, Paul, did, again and again—but Satan stopped us.

The Greek word for “stopped” was “used of impeding persons by breaking up the road [as by digging a trench across it], or by placing an obstacle sharply in the path.”

We see that, in the temporal realm, God is not totally in control of all circumstances. But He and His Son are right in there with us, working to help us go over, under, around or through whatever obstacles the Devil puts in our paths. In Acts 14 we read that Paul was stoned, yet through the prayers of the saints the power of God healed him.

God is not a spiritual vending machine, where we just push a button and out pops what we need. Often we must hang in there for quite a while, as Job did, and continue to expect God’s deliverance. In the context of spiritual warfare, it is significant that our heartfelt praise to God is a catalyst to help roll back the forces of darkness (2 Chron. 20:22). No matter what happens, we have the ultimate victory—everlasting life in the age to come.