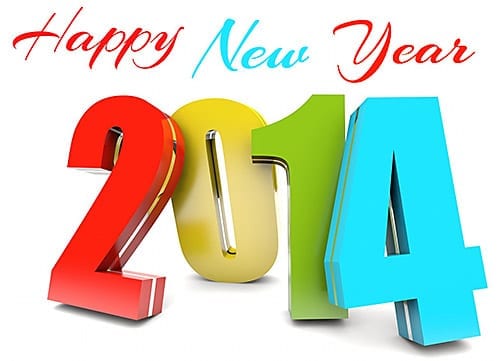 Happy New Year! It’s 2014, and I hope you are excited about the possibilities of God and Christ for you this year. How sad it must be for people who wake up day after day with no burning passion for anything. How sad for the millions who see no real purpose for their existence. “Life” has to be more than trying to avoid catastrophe while distracting oneself from reality by playing video games, texting insipidly to people in the same room, posting your breakfast menu on Facebook, watching sports, and numbing the pain by eating, doing drugs, booze, pornography, or building a spatula collection.

Jesus proclaimed that he had come so that people might have LIFE, and have it MORE ABUNDANTLY. What did he mean by that? He meant that a human being can wake up each day excited about an intimate relationship with the Son of God, and thus also with the Creator of life, knowing that we are fellow workers with them in reconciling lost souls. He meant that we can live from the inside out, that is, choosing whole thoughts, words, and deeds rather than being a human pinball, constantly reacting to and influenced by the circumstances engineered by the god of this present, evil age.

Everyone knows that Groundhog Day was just a movie. We don’t get to do today over again. No doubt each of us can think of plenty of things we wish we had done differently last year. Well, we now have a new year set before us, and the moment-by-moment question is, what will we do with the time, and the corresponding opportunities, we have? As you know, opportunities pass.

Do you consider your spiritual life to be vibrant? Are you pumped up about the privilege of being “on a mission from God?” Are you more in love with the Lord Jesus now than you were a year ago? Do you feel closer to him? How is your compassion level for people? I hope you can answer the above questions affirmatively, but maybe you feel spiritually stagnant or lethargic. Given that we’re talking about serving an infinitely resourceful Lord, I’d say that each of us, no matter how we assess our spiritual life, could benefit from doing what he once asked Pete and the Boys to do.

Luke 5:1–8 (NKJV)1
1 So it was, as the multitude pressed about Him to hear the word of God, that He stood by the Lake of Gennesaret, 2 and saw two boats standing by the lake; but the fishermen had gone from them and were washing their nets. 3 Then He got into one of the boats, which was Simon’s, and asked him to put out a little from the land. And He sat down and taught the multitudes from the boat. 4 When He had stopped speaking, He said to Simon, “Launch out into the deepand let down your nets for a catch.” 5 But Simon answered and said to Him, “Master, we have toiled all night and caught nothing; nevertheless at Your word I will let down the net.” 6 And when they had done this, they caught a great number of fish, and their net was breaking. 7 So they signaled to their partners in the other boat to come and help them. And they came and filled both the boats, so that they began to sink. 8 When Simon Peter saw it, he fell down at Jesus’ knees, saying, Depart from me, for I am a sinful man, O Lord!”

Actually, this is the first boat rental in the Bible . Jesus wanted to give Peter something for letting him use his boat. Likewise, the Lord wants to give you and me an abundance of blessings for working together with him. How do we receive them? Launch out into the deep.

And what was Peter’s response: “You’re a carpenter, aren’t you? That’s what I thought. Well, you see, we’re fisherman, and, uh, we’ve been out here all night, and there ain’t no fish here. But you’re a nice guy, so we’ll humor you and throw out a net.” Before we judge Peter too harshly, let’s admit that each of us has a handy litany of excuses that we also use to explain why we can’t actually do what the Lord Jesus asks us to do.

But look at what even their phlegmatic, obligatory, lethargic obedience did for those disciples! Is Jesus any less able to do the same kind of thing for you and me? What if we decided to really prove the Lord? What if you really put your life in his hands and followed his radical way of being true to Truth? It just might make for the best year of your life, don’t you think?

Remember when Jesus “made a scene” in the Temple in John 2? It’s a wonder he wasn’t arrested for “DISTURBING THE PEACE.” He certainly disturbed Peter’s “peace” in the Luke record, didn’t he? So much so that Peter asked him to leave the boat! I guess he thought Jesus could walk to shore. Peter’s proximity to Jesus revealed his own imperfections, and Peter’s panicked “solution” was to put distance between himself and Jesus. On the contrary, the key to Peter’s breakthrough would have been to cleave ever closer to the Son of God so that Jesus could have healed his heart. Ditto for you and me. But I will not do that unless the reality of Jesus’ love for me and his power to heal me supersedes the fear I have of looking at how I really am.

If my “peace” is really nothing more than living in a spiritual rut and not “rocking the boat” like Jesus constantly did for the benefit of those with whom he interacted, then I want him to disturb my peace. I need to ask him to dig into every nook and cranny of my heart and let me know if he finds something ugly, which of course he will, given the “sin that dwells in me.” In truth, I have no real peace unless the Prince of Peace is ruling in my heart, and the evidence of that is that I am obeying him. Too often I have allowed fear to steal from me what could have been “a big catch.” This year, my goal is to Just Do It, even if I do it AFRAID.

In what category of your life do you need to launch out into the deep in order to become more like Jesus? For me, it is doing whatever it takes to become more patient, which really means that I trust the Lord more. I think it is also in regard to more winsomely relating to people who do not know me. I realize that for more than four decades I’ve contributed significantly to many people’s lives, and that they love me for so doing. That’s wonderful, and such brethren are usually pretty easy to love. But what about others with whom my reputation doesn’t precede me? How can I be more gracious and engaging with them?

Generally, my life doesn’t afford me much sustained contact with such people. Other than recruiting by phone and then teaching seven groups of 40–80 teenagers SAT Prep for 12 hours during the school year, most of the interaction I have with humans is with believers. But even then, I think I can do a much better job of doing what Jesus did with the rich young man: “Jesus looked at him and loved him…” (Mark 10:21). Recently, that verse leaped off the page and slapped me! Obviously, Jesus loved everyone, so what does that mean? I think it means he locked onto the heart of that man and with laser-like precision gave him a golden opportunity to turn his life around.

Yes, we live in increasingly perilous times, but if we view life through biblical lenses, we can look at this coming year with excitement and anticipation, especially because each day puts us that much closer to seeing the Lord Jesus face to face! Do you realize that Jesus’ hope is the same as yours and mine? He hopes this will be the year when his Father finally says: “Go to Church!” He knows that will be the day when he will be reunited with his mother and step-father, his disciples, the apostle Paul, my mother, and every precious saint you know who has fallen asleep in death. How psyched do you think he is about that?!

The Lord also knows that shortly after that (about seven years) he’ll be able to return to earth and do what he really wanted to do the first time he was here: STOP THE BLEEDING! It is only when the Prince of Peace comes back to earth that there will be “peace on earth.” Why? Because the only way to true peace is through WAR, and the annihilation of evil thereby. That’s why Romans 16:20 (NKJV) says that “…the God of peace will crush Satan under your feet shortly….”

In the meantime, you can have “peace IN earth,” that is, peace in your “earthen vessel” heart. How? By holding tightly to the Lord Jesus, “who is our peace” (Eph. 2:14), and asking him to calm whatever strife is disturbing the peace within you. Here are some relevant verses:

Romans 5:1 (NKJV)
Therefore, having been justified by faith, we have peace with God through our Lord Jesus Christ,

Romans 15:13 (NKJV)
Now may the God of hope fill you with all joy and peace in believing, that you may abound in hope by the power of the Holy Spirit.

Philippians 4:6 and 7 (NKJV)
6 Be anxious for nothing, but in everything by prayer and supplication, with thanksgiving, let your requests be made known to God; 7 and the peace of God, which surpasses all understanding, will guard your hearts and minds through Christ Jesus.

I know that TLTF is fulfilling a unique and critical function in the Body of Christ. If you agree, please do everything you can to share with others what we have available. Let us stand shoulder-to-shoulder as a string of lights in this darkening world. The darker it gets, the brighter we shine, and the easier it is for those who want to get out of darkness to find us.