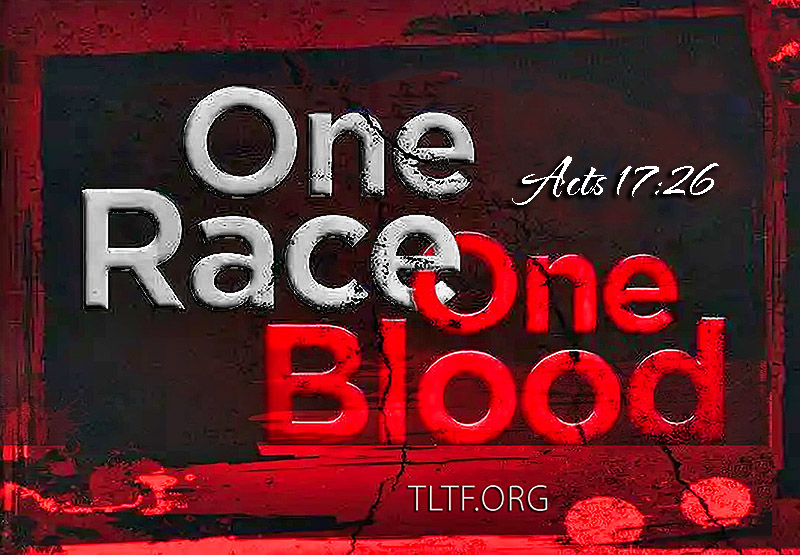 In today’s upside-down world, its citizens are being subjected to all manner of lies, which, if believed, put them in bondage—and sometimes in bandage. The knowledge of God’s unwavering standard of truth, His written Word, is a rare commodity. Thus, the majority of people, including some Christians, are easy marks for the ploys of Satan, the shrewd mortal enemy of mankind. Like sheep without a shepherd, they are easily manipulated into foolish choices.

The Devil well understands our fallen human nature, which is beset with Adam’s original mantra: “It’s not my fault; I’ll find someone else to blame.”  A big part of the insanity of today’s society is the “virtue of victimhood.” As per a recent Colson Center article, people seem to compete for victimhood status, and are unable to find much common ground with others across ideological lines.

Increasingly, it is victimhood status, not God’s mercy or the work of Christ, that is seen as the source of one’s righteousness. As a result, our culture values fragility over strength, and thus promotes a constant good-versus-evil conflict, even in the smallest of issues. Today, many people’s moral status and identity come from their credentials as victims. Being oppressed or mistreated brings a kind of moral absolution.

It’s as if there is a contest to see who can hold the most grudges and grievances, to be the people most wronged, and therefore the people with the greatest moral authority. A Christian who knows the Word of God realizes that his biggest problem is HIMSELF, and that, because of what Christ accomplished, he can change for the better. As Christians who have been forgiven much, we should be among the first to forgive those who persecute us, whatever their reasons.

These days, it is difficult to talk about what really matters—like God, the Bible, and our political freedoms. Even the weather, perhaps the last bastion of anything passing for civil conversation, is now off limits because of the conflict about global warming. Anyone who disagrees with the prevailing “progressive” narrative about contemporary issues is usually labeled a Nazi or a racist.

Division is one of our Adversary’s primary tactics, and he promotes it in any and every way he can. For the record, biblically speaking, division comes from those who refuse to believe the truth. Racial division is his most obvious strategy in our culture today. Activists now argue that not only has there been a history of white “supremacy,” but also that all white people are racist, whether they know it or not, and that even whiteness itself is akin to a plague. As Satan relentlessly tries to pit white people against people of color, “Critical Race Theory” has become his primary tool.

The Encyclopedia Brittanica defines Critical Race Theory as “An intellectual movement and loosely organized framework of legal analysis based on the premise that race is not a natural, biologically grounded feature of physically distinct subgroups of human beings [it sure looks that way] but a socially constructed (culturally invented) category that is used to oppress and exploit people of color. Critical race theorists hold that the law and legal institutions in the United States are inherently racist insofar as they function to create and maintain social, economic, and political inequalities between whites and nonwhites, especially African Americans.”

Although, sadly, it is promoted in many churches today, CRT is a false gospel and a skewed worldview. It is a doctrinal assault on the biblical truths of original sin, individual salvation, Pre-Millennialism, and the very purpose of the Savior. Jesus Christ is not a “social reformer,” except in the sense that he reforms individuals who can then reform some aspects of society.

If we strip away all the convoluted verbiage, “CRT” basically judges and categorizes people by the color of their skin, rather than by the content of their character. That’s why it is poles apart from the virtuous MLK-led Civil Rights movement of the 1960s, when King, et al, vigorously espoused just the opposite. CRT generally asserts that white people are oppressors and “people of color” (primarily blacks) are “systemically” oppressed. A relatively small percentage of loudmouth losers is promoting this notion, something that the majority of people in the USA do not relate to in their daily dealings with others. The majority of our citizens is overwhelmingly notracist, and we can clearly see that in our daily dealings with our multi-colored fellow earthlings.

For a superb analysis of CRT, which today is being promoted in evangelicalism as “social justice,” but really has nothing to do with Christianity and, in fact, is nothing more than Marxism in disguise. (For more on this see, The False Gospel of Critical Race Theory (62 mins).

Technically, a theory is “a proposed explanation whose status is still conjectural and subject to experimentation, in contrast to well-established propositions that are regarded as reporting matters of actual fact.” Therefore, God‘s idea of “critical race” is not a theory. Whatever He says, about anything, istruth. And the following truth, spoken by Paul on Mars Hill in Athens, would go a long way toward alleviating racial prejudice and tension if people believed it.

Acts 17:26
And He has made from one blood every nation of men to dwell on all the face of the earth, and has determined their pre-appointed times and the boundaries of their dwellings.

No matter what color we are on the outside, we all bleed red. Black Lives Matter was, by the admission of its founders. based upon Marxist ideology. It is dedicated to destroying the USA as we know it. In reality, BLM does not care at all about black people, but its deceptive name is true. Of course, black lives matter. So do white, yellow, red, brown, and people green with envy. Why? Because each human being is made in the image of God.

What race are we in? The human race! And who is the Judge of this race? The One who laid out the race course, the Lord Jesus Christ, the only man ever to live a sinless life. God’s Word calls him the archegos, “the first one in line in a rank or file.” It is he who blazed the only trail of faith to the heart of God, and it is he whom God has assigned to eventually judge the billions of contestants in the race of life. This classic Greek word is used only four times in Scripture, as follows:

Acts 3:15
You killed the author [KJV=Prince] of life, but God raised him from the dead. We are witnesses of this.

Acts 5:31
God exalted him to his own right hand as Prince and Savior that he might bring Israel to repentance and forgive their sins.

Hebrews 2:10
In bringing many sons and daughters to glory, it was fitting that God, for whom and through whom everything exists, should make the pioneer [KJV=Captain] of their salvation perfect through what he suffered.

Hebrews 12:1-3
Therefore, since we are surrounded by such a great cloud of witnesses, let us throw off everything that hinders and the sin that so easily entangles. And let us run with perseverance the race marked out for us, 2fixing our eyes on Jesus, the pioneer [KJV=Author] and perfecter of faith. For the joy set before him he endured the cross, scorning its shame, and sat down at the right hand of the throne of God. 3Consider him who endured such opposition from sinners, so that you will not grow weary and lose heart.

It is significant that the Greek word [agon] translated “race” is used only six times, and elsewhere is translated “conflict” (2x), “contention” (1x), and “fight” (2x). It seems clear that the race we are running can often be grueling, as in agon-izing, and we must tap into the Lord’s strength in order to persevere and win.

In any race, there are judges, officials who know the rules precisely and who monitor the race and hand out prizes according to how the contestants finish. Our “human race” will be judged by the Lord Jesus.

1 Corinthians 9:24-27
Do you not know that in a race all the runners run, but only one gets the prize? Run in such a way as to get the prize. 25Everyone who competes in the games goes into strict training. They do it to get a crown that will not last, but we do it to get a crown that will last forever. 26Therefore I do not run like someone running aimlessly; I do not fight like a boxer beating the air. 27No, I strike a blow to my body and make it my slave so that after I have preached to others, I myself will not be disqualified for the prize.

The standard by which Jesus will judge every human being who has ever lived is the Word of God. The key to a godly life is for a person to judge himself by that measuring rod now, and thus shape his actions accordingly. In English, the word “critic” simply means “one who judges,” like a movie critic, who gives a thumbs up or a thumbs down. Although “criticism” has come to carry a negative connotation, its primary definition is “the act of passing judgment as to the merits of anything.”

Hebrews 4:12
For the word of God is alive and active. Sharper than any double-edged sword, it penetrates even to dividing soul and spirit, joints and marrow; it judges [kritikos] the thoughts and attitudes of the heart.

Making the Word of God our only rule of faith and practice will bring us great rewards, not only in this life, but also at the Judgment Seat of Christ, who is the Ultimate Critic. And his THUMBS UP!! will be forever.

2 Timothy 4:8
Now there is in store for me the crown of righteousness, which the Lord, the righteous Judge [krites], will award to me on that day—and not only to me, but also to all who have longed for his appearing.