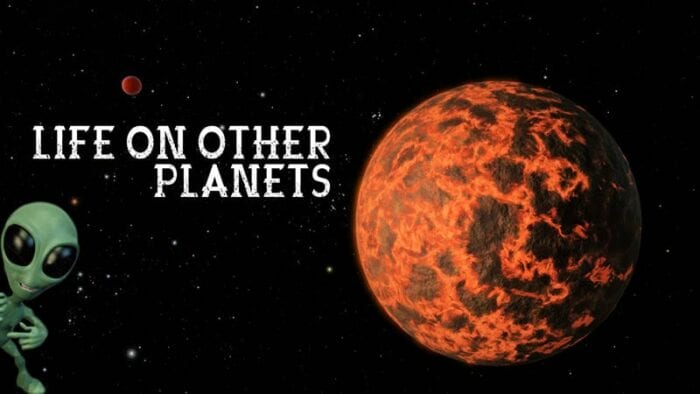 Nothing specifically, but Scripture indicates there is no such thing. OK, does God say anything about outer space? Plenty. For example:

Genesis 1:14–16
14 And God said, “Let there be lights in the expanse of the sky to separate the day from the night, and let them serve as signs to mark seasons and days and years, 15 16 God made two great lights—the greater light to govern the day and the lesser light to govern the night. He also made the stars.

First of all, don’t you just love the last sentence of the above verses? Excuse me, some scientists today estimate there may be as many as 500 billion galaxies! How understated can God be? “Oh, by the way, I also made a few stars.” And Psalm 147:4 says that God “…determines the number of the stars and calls them each by name.” And I doubt that their names are like, “Bob,” “Bobb,” “Bobbb,” “Bobbbb,” etc.

Now check out Psalm 103:11: “For as high as the heavens are above the earth, so great is his love for those who fear him.” When that verse was written, people looked up at the stars and thought: “Wow, those stars are high; God must really love me.” But what about us today looking up at billions of galaxies umpteen light years away? What should our perception of God’s love for us be? Incalculable! So if you want to get “high,” that’s how to do it.

Scientific and historical study will confirm to you what God says in His Word: He originated the signs of the Zodiac to emblazon a celestial message of the fall and redemption of mankind. Astrology is a satanic counterfeit of astronomy, and is nothing more than another ploy of the Adversary to get people to look to something other than the True God for answers, as well as to “play the victim” and not be accountable for their own choices. The real message of the stars focuses on THE STAR, Jesus Christ, who in our universe is represented by the Sun (Ps. 19:1–6).

God clearly states that all of the celestial universe is oriented to the earth, and that the purpose of this magnificent-beyond-words panorama is to communicate His love, His lavishness, His power, and His truth to mankind, who are the reason for this terrestrial ball. All ideas of little green men, friendly or unfriendly, are purely speculative, and groundless.

So then where did the idea that there is intelligent life on other planets come from? Perhaps it originated because so much of what is being done on this planet is unintelligent. If, as we believe the Word indicates, there is no life on other planets, all stories about UFOs stem either from: (a) someone’s desire for notoriety, (b) someone’s attempt to scare the public for whatever reasons, (c) hallucinogenic drugs, or (d) demonic activity. Our opinion is that most of it is in the last category: the manifestations of demons messing with people’s heads and trying to get them to look someplace other than God for answers and assistance in this crazy world.

It is our opinion that after the Lord Jesus takes all Christians off of the planet (1 Thess. 4:13–18), Satan will likely inspire those remaining on earth to believe the lie that friendly “aliens” have removed those standing in the way of man’s evolutionary destiny, and that now we can finally have some peace around here. Yeah, right, as administered by your friendly, local Anti-Christ.

References: The Witness Of The Stars, by E. W. Bullinger. Also The Privileged Planet: The Search For Purpose In The Universe DVD. See our video teaching: “God, God, God.” We also have some an articles: “Examining ‘ET;’” and “Wake Up and Smell the Counterfeits.” See both of our classes: our foundational class, “One Day With The Creator;” and “THE END TIMES.”