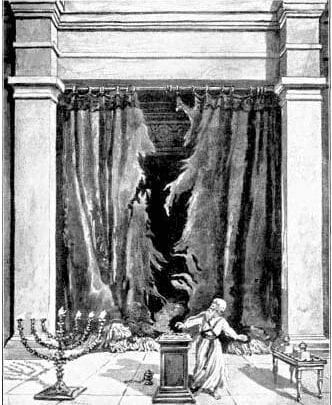 [Taken from Chapter Four of our book: Don’t Blame God!]

A major problem with “orthodox” Christian thinking today is that so many Christians believe what the Old Testament says about God without critically examining their beliefs in light of the New Testament. Is the Old Testament literally correct: Does God kill believers? Does God send evil spirits to torment people? Does God cause sickness and disease? The answer to each question is the same: “No, a thousand times no!” The New Testament clarifies for us the truth on these issues and only in its light can the Old Testament be understood.

John 1:17
For the law was given through Moses; grace and truth [biblically, the Greek word aletheia basically means “reality,” i.e., things as they really are] came through Jesus Christ.

Jesus Christ brought to light truths that were never known before his lifetime. That is why the Old Testament must be read in light of the New Testament.

2 Corinthians 3:14b-16
(14b) …for to this day the same veil remains when the old covenant is read. It has not been removed, because only in Christ is it taken away.
(15) Even to this day when Moses is read, a veil covers their hearts.
(16) But whenever anyone turns to the Lord, the veil is taken away.

John 1:18 is an interesting verse when considered in light of the New Testament bringing new information that the Old Testament did not have.

John 1:18 (KJV)
No man hath seen God at any time; the only begotten Son, which is in the bosom of the Father, he [Jesus] hath declared him [God].

According to this verse, Jesus Christ “declared” God. The Greek word translated here as “declared” is exegeomai, which means “to lead out,” “to make known,” or “to unfold.” Jesus Christ was the first one in history to clearly manifest to mankind the heart of God as a Father. The God whom we know as all love, all light, and all goodness was made known as never before by His Son Jesus Christ.

It is very, very important to realize that Jesus Christ revealed God in a completely new light that had not been known in the Old Testament. We again quote the following verses from the gospel of John:

Please note that truth, in its fullness, came not with Moses, but with Jesus Christ. It was he who for the first time in history made God truly understandable. It is not that the Old Testament believers knew nothing of God, but rather that their knowledge and understanding of Him were quite limited (“veiled”). Since truth came by Jesus Christ, we believe that the first part of verse 18—”No man hath seen God at anytime…”—means that no man had “known” God at any previous time. It is Jesus Christ who reveals, makes known, God to man.

In many languages, “to see” is a common idiom for “to know.” In the Hebrew language, one of the definitions for “see” (Hebrew = ra’ah) is “see, so as to learn, to know.” Similarly, the Greek word translated “see” in verse 18 (horao) can be “to see with the eyes” or “to see with the mind, to perceive, know.” Even in English, one of the definitions for “see” is “to know or understand.” For example, when two people are discussing something, one might say to the other, “I see what you mean.”

The usage of “see” as it pertains to knowing is found in many places in the New Testament. Jesus said to Philip “…Anyone who has seen me has seen the Father…” (John 14:9). Here again the word “see” is used to indicate knowing. Anyone who knew Christ (not just those who “saw” him) would know the Father. In fact, Christ had made that plain two verses earlier when he said to Philip, “If you really knew me, you would know my Father as well…” (John 14:7). The reason it is so vital to realize the shift in people’s understanding of God that took place because of Christ’s teachings is that any argument that uses Old Testament Scriptures to prove that God causes or allows suffering must be examined in light of the New Testament teaching. Otherwise there will be great confusion.

What we have examined in this chapter are illustrations of the dynamic and progressive revelation of the Word of God. What was understood literally in the Old Testament becomes figurative as further truth is revealed. For example, Moses smote the rock and water came out. From the New Testament we understand that the rock represented Christ and the water everlasting life (1 Cor. 10:4). Similarly, by deliberately revealing very few facts about Satan in the Old Testament, God caused His people to understand Him as the literal cause of both good and evil. The language pertaining to Satan is ambiguous and laced with figures so that it can be understood in some other sense also (e.g., the King of Tyre, “Lucifer,” et al.).

We just saw that, in some cases, what was understood literally in the Old Testament is correctly seen to be figurative as further truth is revealed in the New Testament. What about the converse? Some of what was understood figuratively becomes more literal with further revelation. For instance, the concept that Jesus Christ is our Passover sacrifice (1 Cor. 5:7) becomes more literal the more we understand the parallels between the Paschal lamb and the “lamb of God”—that he would have died at exactly the same time, etc. Our understanding of the future “wrath of God” as mentioned in the New Testament is made more literal than figurative as we recognize the Old Testament records in which it is literally displayed (Sodom and Gomorrah, etc.).

By seeking to understand the whole Word of God, we can learn to recognize the combination of literal and figurative language woven together into a tapestry of truth. Thus we will now consider the key figure of speech relevant to a biblical understanding of God’s relation to evil, sin, and suffering—Mr. Metonymy.