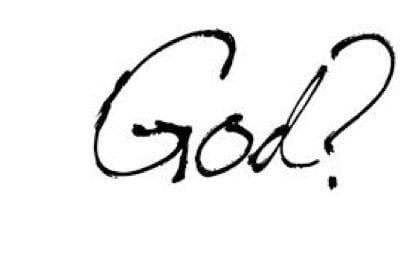 It is greatly disturbing to see Christian people subjected to so much doctrinal error about the problem of evil, sin, and suffering. For example, The New Bible Dictionary, one of the more popular conservative biblical resource books, states the following under the category of “suffering” (Hey, why not test yourself? After reading each sentence, answer True or False):

In the Bible, suffering is regarded as an intrusion into this created world. [True / False]

(Five out of five—all true. OK, only one left.)

“…It is God who controls and sends suffering”?! Then what’s the Devil doing? He’d be in an unemployment line somewhere muttering, “Oh shoot, I was gonna make that guy sick.” It is heartbreaking that so many sincere Christians believe what the last sentence from The New Bible Dictionary says because it is just not true. Furthermore, it is in stark contrast to the other statements preceding it. If God made the creation free from pain, and if the work of Christ is to deliver people from suffering, and if there will be no suffering at all in the new heaven and earth, and if suffering is an intrusion that entered in when sin did, then, is it not logical that sin, not God, is the cause of suffering?

Speaking of stark contrasts, have you noticed any in the Bible? For example, light versus darkness, life versus death, good versus evil, God versus the Devil. How could the same people who wrote the first five sentences we quoted possibly follow them with the last one, which says that God and Satan work in concert with one another?

Perhaps Sports Illustrated can clear things up for us. In its 1991 article about Magic Johnson having the HIV virus and the promiscuity among pro athletes, an Atlanta Falcons player is quoted as saying: “I think maybe there was too much [promiscuity] going on. The Lord decided to stick a sense of urgency into this thing. I guess He just needed a hell of a good man to get the message across.” Then, before the NBA All-Star game, Magic Johnson told the media, “God chose me to get the HIV virus to show others how to handle it.”

These pro athletes and The New Bible Dictionary are all implying the same thing—that life is nothing but a big puppet show! In other words, God is up there pulling all the strings, controlling what all men do, and what Satan and his spirits do. Not at all! God does not need or use Satan to accomplish His purposes. In truth, His purpose is to destroy Satan and end his dominion over Creation, which one day He will do.

We must be careful in what we say about God so we do not misrepresent Him. For example, many Christians talk about how God “used” them. We think most Christians who say things like that actually mean that they chose to respond to God’s working in them, but the phrase itself can communicate something that is not true. God never “uses” people in the sense that He overrides our freedom of will. We are not His blunt instruments. Rather, He works together with us, (“for we are God’s fellowworkers”—1 Cor. 3:9), and in us (Phil. 2:13).

Some Christians may find a sense of comfort and self worth in thinking that they are “used” by God. One practical ramification of this erroneous idea is that it leads them, and others, to passively wait on God to “use” them rather than aggressively acting in obedience to what God tells His people to do. Also, those who do not think they are being “used” by God often end up feeling confused and defeated.

According to Webster’s Dictionary, the verb “use” can be defined in two ways. One is “to put into service or action.” In order to see that there is no scriptural justification to say that God “uses” Christians (in the manipulative definition just referred to), there are two passages that need to be clarified. The first one is:

2 Timothy 2:20 and 21 (KJV)
(20) But in a great house there are not only vessels of gold and silver, but also of wood and of earth; and some to honour, and some to dishonour.
(21) If a man therefore purge himself from these, he shall be a vessel unto honour, sanctified, and meet for the master’s use, and prepared unto every good work.

These verses contain an analogy between vessels and human beings. The main points of the analogy are cleansing and readiness. It is not valid to carry this analogy beyond these points to say that a Christian is literally an object that must be “used” (acted upon) by another in order to be of service. By his free will, a Christian prepares himself so that he will be able to do God’s work and then does it.

The second section is:

Romans 6:11-13
(11) In the same way, count yourselves dead to sin but alive to God in Christ Jesus.
(12) Therefore do not let sin reign in your mortal body so that you obey its evil desires.
(13) Do not offer the parts of your body to sin, as instruments of wickedness, but rather offer yourselves to God, as those who have been brought from death to life; and offer the parts of your body to him as instruments of righteousness.

Note that verses 11, 12, and 13 each contain an imperative. That is, God is exhorting us to do (or not do) something. This makes it clear that whether or not we obey is up to us. The way each of us “offers the parts of his body as instruments of righteousness” is to choose to do what God tells us to do.

Secondly, according to Webster’s, the word “use” can also mean “to carry out a purpose by means of.” Only in this sense—that God has entrusted Christians with the ministry of reconciliation (2 Cor. 5:19)—could it be said that He “uses” us. Even then, it must be made clear that He never forces us to do our parts. It is vital that Christians use words the way God does in His Word. Not doing so can lead to false doctrines and confusion in the Church. A Christian who actually believes that God either “uses” him or does not “use” him is less likely to act for God and more likely to sit and wait for God to act upon him. This vividly illustrates the importance of words to either limit or liberate and why we are so concerned about accuracy in doctrine and in practice.

In this context, there are some difficult verses in Romans, Chapter Nine that need to be correctly understood. This chapter has been debated for years, with those like us who believe in man’s free will coming to a different conclusion than do Calvinists and others who believe in predestination. The latter group has often used verses such as the following to prove that God has absolute and total control over everything that happens on the earth:

Romans 9:20 and 21
(20) But who are you, O man, to talk back to God? “Shall what is formed say to him who formed it, ‘Why did you make me like this?’
(21) Does not the potter have the right to make out of the same lump of clay some pottery for noble purposes and some for common use?

A book with some excellent insight concerning these issues is God’s Strategy in Human History, by Roger Forster and V. Paul Marston. Concerning this image of the potter and the clay, they write:

It is unfortunate that the fatalistic image brought to our western minds by this metaphor of the potter is almost the reverse of what would occur to a Hebrew mind knowing the background of the Old Testament…The basic lump that forms a nation will either be built up or broken down by the Lord, depending on their own moral response. If a nation does repent and God builds them up, then it is for Him alone to decide how the finished vessel will fit into His plan—and whether or not it will have handles! God alone determines the special privileges of a nation. Nevertheless it is the actions of the nation itself that determine whether it shall be built up into some type of ‘vessel unto honor,’ or broken down and destroyed.