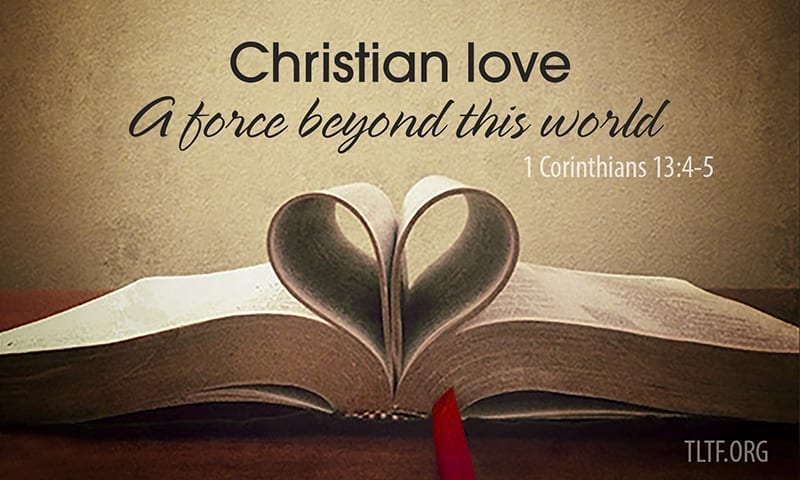 I’m assuming you are MORE THAN SATISFIED, as that word means “content” and/or “convinced.” Those are fine qualities, but I hope you are ON FIRE. And we all know what a raging conflagration does—it spreads! It catches on to anything close to it that also has the potential to burn brightly.

If you are married, I hope you are still “in love” with your spouse. As Jesus showed us, LOVE=GIVING. Do you remember the early days of your budding romantic relationship when you sang the Rock & Roll classic, “When I woke up this morning, you were on my mind…”? The sky looked bluer, the sun shown brighter, and the nagging minutiae of life didn’t bother you as much. And, because you had found your partner, even the heavy duty situations were easier to deal with. One result: you could not keep your mouth shut, and you constantly raved about the love of your life to anyone who would listen, and some who wouldn’t.

Yes, it’s now February, a somewhat nondescript winter month that basically features the Super Bowl, Valentine’s Day, and only 28 days between paychecks. I trust that if you are married, you’ll joyfully do your requisite Valentine’s Day duty of sweet words and candy kisses. In this brief missive, I want to encourage you to think about the degree to which you are in love with your Lord Jesus Christ, who so greatly loved you and me that he laid down his very life for us. Certainly any spouse following his example will enhance their marriage.

As you have no doubt heard us say, God, being spirit, and thus invisible, has a major image problem. And when one begins to recognize the incomprehensible magnitude of ”GOD” (reverb!!!) and His CREATION, he could be somewhat intimidated about running in and jumping on God’s lap. For example, I recently heard the following statistics: It is 93M miles from the earth to the sun. Say that the thickness of one sheet of paper equals that 93M miles. Then the distance from the earth to the edge of our galaxy is represented by a 310-mile high stack of paper, and from the earth to the edge of our known universe is represented by a stack 31 million miles high. Yes, my brain is also shorting out right now. Talk about “our great, big, wonderful God!!!”

God is definitely beyond our comprehension, and too many people have missed the significance of what He did by reaching out to man via His Son, The Man, Jesus of Nazareth. In essence, God did “come down to earth,” but only in the sense that His unique and loyal Son graciously accepted His Father’s request to live a sinless life and then die a tortuous death, trusting that God would raise him to new life. It is interesting how the Roman Catholic Church, believing that Jesus is God, pretty much stuck gentle mother Mary in as the Mediatrix between the apparently judgmental “God-Man” and people.

Given that GOD IS LOVE, and that LOVE MUST COMMUNICATE, God was faced with the challenge of getting people to see His true heart of love, compassion, mercy, grace, kindness, and goodness. His Word beautifully lays out the idea He came up with. Despite what most Christians are taught, that idea was NOT to become a baby and thus violate all the laws of the universe He had set up. In keeping with His heart of pure love, God’s idea was to father a Son (a “last Adam”) and give him the potential to reverse the curse foisted upon humanity by the First Man.

Only this unique Son could do what was necessary to redeem mankind and make possible God’s ultimate dream of a family living forever with Him and His Son on an earthly Paradise beyond our wildest dreams. Only this new prototype human could turn people from darkness unto light and from death unto life. God named His Son “Emmanuel,” which means “God-Baby?” “God-Child?” “God-Teen?”

No, Emmanuel means “God with us,” and in no way does that mean Jesus is God. Upon seeing me for the first time after my birth, my dad apparently didn’t have a lot of confidence in how I’d turn out, because the name he chose for me means, “Blunt instrument.” Not really, but if it did, that wouldn’t make me a blunt instrument. OK, hold the wisecracks.

It is JESUS who brings God down to earth, so to speak (“the Word made flesh”). It is he who crystallizes the invisible God for us. Because of the Son’s genuine free will choices to perfectly obey God, “all the fullness of the Godhead bodily” (Col. 2:9) was packaged in him. To put it simply, Jesus manifest all the “God-ness” that a human being could epitomize. How? By always saying and doing what God wanted him to. And if we realize what he did, is doing, and will do for us, we love him to the degree that we put his interests ahead of our own. And we can do so knowing that his interest in us is for our complete and total good. Consider these enlightening verses:

John 1:14-18 –14
And the Word became flesh and dwelt among us, and we beheld His glory, the glory as of the only begotten of the Father, full of grace and truth. 15 John bore witness of Him and cried out, saying, “This was He of whom I said, ‘He who comes after me is preferred before me, for He was before me.’ ” 16 And of His fullness we have all received, and grace for grace. 17 For the law was given through Moses, but grace and truth came through Jesus Christ. 18 No one has seen God at any time. The only begotten Son, who is in the bosom of the Father, He has declared Him.

In verse 18, the Greek word for “declared” means “to lead out.” It was Jesus Christ who vividly displayed the very heart of God for all men to see. And he did so despite facing greater spiritual opposition than any other human being has ever endured.

Hebrews 2:14-18
Since the children have flesh and blood, he too shared in their humanity so that by his death he might break the power of him who holds the power of death—that is, the devil— 15 and free those who all their lives were held in slavery by their fear of death. 16 For surely it is not angels he helps, but Abraham’s descendants. 17 For this reason he had to be made like them, fully human in every way, in order that he might become a merciful and faithful high priest in service to God, and that he might make atonement for the sins of the people. 18 Because he himself suffered when he was tempted, he is able to help those who are being tempted.

Hebrews 4:14-16
Therefore, since we have a great high priest who has ascended into heaven, Jesus the Son of God, let us hold firmly to the faith we profess. 15 For we do not have a high priest who is unable to empathize with our weaknesses, but we have one who has been tempted in every way, just as we are—yet he did not sin. 16 Let us then approach God’s throne of grace with confidence, so that we may receive mercy and find grace to help us in our time of need.

Hebrews stresses several times that Jesus had to be a human being so that he could die as the perfect, sinless substitute for sinful man. Only then could God actually raise him from the dead and seal the deal for the ultimate death of death. Ecclesiastes 4:12 talks about the marital “threefold cord” of God, husband, and wife. Even if you are single on this Valentine’s Day, your threefold cord is always the Father, the Son, and you. And you have one hand to hold to each of them.

The most basic biblical word for love is the Greek agape, of which E.W. Bullinger’s Lexicon says: “Unknown to writers outside the New Testament,…agape denotes the love that springs from admiration and veneration, and which chooses it object with decision of will, and devotes a self-denying and compassionate devotion to it.” For each of us, that is the kind of godly love we should have for both our Lord and our spouse.

On Valentine’s Day, most all husbands say those three little words that they should be saying several times every day of the year: “I LOVE YOU.” Here are the words to a contemporary Christian chorus that you probably know. As you read them, you might think about how long it has been since you sang them to The Man who loves you enough to die for you.

“I love you, Lord, and I lift my voice to worship you, O my soul rejoice.
Take joy, my king, in what you hear, may it be a sweet, sweet sound in your ear.”