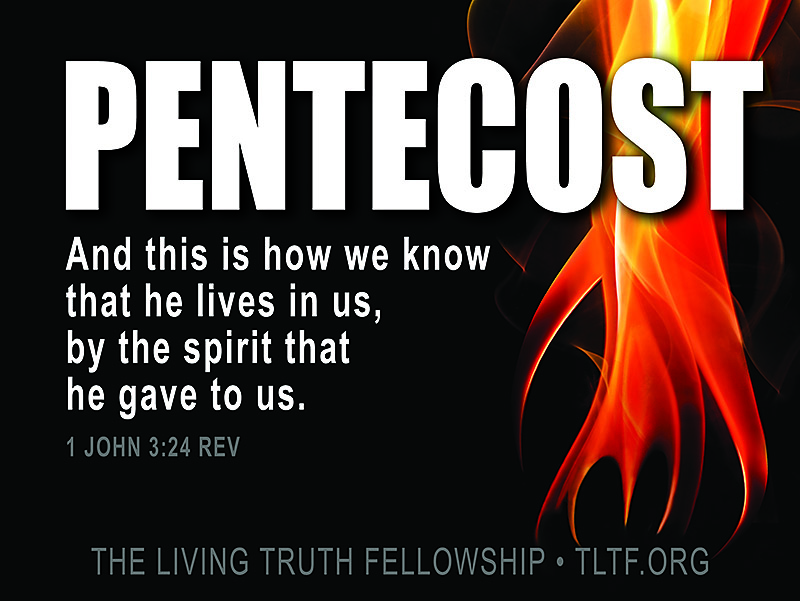 Omigosh! I can’t believe some of the behavior I have made God and Christ watch during the past 50+ years since I got serious about being a Christian. You can thank God you didn’t have to watch it. Anyway, I know you’ve been busy putting on your own show for Him. Yes, the good I’ve done far outweighs the bad, and I have, by God’s grace and mercy, very positively affected many people’s lives around the world. But don’t you just hate it when you fall short of the mark? As a friend of mine says, “Another opportunity to be wrong, and I took it!”

But take heart, O Christian. Even in your earthen vessel, there is one way to achieve absolute perfection in the sight of God. No matter the circumstances (even if you caused them), no matter how you feel, no matter what is going on in your heart, no matter how badly you have blown it, there is one thing you can do perfectly—anywhere, any time. What is it? I hope you have already figured that out, but if not, stay tuned.

HINT: Sunday, June 4 is this year’s designated celebration of Pentecost, as per what happened in Acts 2 when for the first time since God came up with the idea eons ago, human beings were “born again of incorruptible seed” and filled with the gift of holy spirit, the divine nature of God and His Son. A never-before-dreamed-of bunch of folks—neither Jews nor Gentiles—came into being on that day. Each of these remarkable people was instantly, and permanently, equipped with the same power that created the heavens and the earth, the power that raised Jesus from the dead, the power that he manifested to leave a wake of deliverance in his ministry. And when you made him Lord, he gave you that same power! He also gave you something else, something very few Christians have ever truly understood.

Think about the following: Have you ever noticed that virtually NO BIBLE TEACHER can or does fully answer what is perhaps the most crucial question a Christian can ask. It is a question that plagues many dear saints, and one that has no doubt caused millions of them terrible consternation, even to the point of mental illness, thus diluting both their faith in God and the quality of their Christian lives. What is that vital question: HOW DO I KNOW FOR SURE THAT I AM SAVED?

How do most Christian leaders answer that question? Their words obviously vary, but, generally, many say something like: “Well, if you have made Jesus your Lord, the Bible says you are saved, and you can trust the Bible.” And that is true. Of course, too many others reply with some of the standard mind bending rhetoric like, “You will know from the change in your behavior—hey, you’ve already quit smoking.” The questioner may politely nod affirmatively, but he wonders to himself, “What if I start smoking again?”—a very valid question.

Compounding this critical issue is the sad fact that few ministers and teachers understand what parts of the Bible are written to Christians (present or future) and what parts are written to Israel (past or future). And so we often hear the following words of Jesus, and other verses like them, misguidedly preached as if they refer to Christians, sometimes leaving the unsuspecting listener quavering in fear of the fires of “hell” as the time when he is again smoking.

Matthew 7:13-14; 21-23
13“Enter through the narrow gate. For wide is the gate and broad is the road that leads to destruction, and many enter through it. 14But small is the gate and narrow the road that leads to life, and only a few find it.21“Not everyone who says to me, ‘Lord, Lord,’ will enter the kingdom of heaven, but only the one who does the will of my Father who is in heaven. 22Many will say to me on that day, ‘Lord, Lord, did we not prophesy in your name and in your name drive out demons and in your name perform many miracles?’ 23Then I will tell them plainly, ‘I never knew you. Away from me, you evildoers!’

I trust you know that Jesus was speaking of future events relative to the people of Israel, for whom the new birth wasn’t available, and whose salvation was therefore tentative. None of those verses have anything to do with Christians like you and me, who are born of God, and whose salvation is thus very permanent. But how do we know we are signed, sealed, and delivered?!

NOW HEAR THIS:One of the greatest biblical truths you and I have ever been privileged to learn is that speaking in tongues is the only absolute proof to us that we are forever saved from sin and death and guaranteed everlasting life in Paradise, no matter what you do in the meantime. And speaking in tongues, dear friend, is the one and only thing you can do with the complete assurance that you are doing something perfect in God’s sight.

It is easy to take for granted, and forget the magnitude of, something you learned and became convinced of 10, 20, 30, 40 years ago, especially if that which you learned did not poignantly contradict wrong doctrine you had previously believed. Time for true confessions: lately I have been shocked at the realization of how little I speak in tongues compared to how much I could be. And I’m going to hazard a guess that I am not the Lone Ranger. Therefore, I will close this mellifluous missive with some magnificent truths about one of the most stupendous things God has done for us, His dear children.

Why is the Enemy so bent on obscuring and distorting the truth about speaking in tongues, a phenomenal ability that no doubt the majority of Christians throughout history have never utilized? Because of what the Word of God says about it. First, it is one’s only absolute proof that he/she is guaranteed everlasting life. It is also your proof that the Bible is true, that Jesus conquered death, that you are filled with the power of God, that you can do the works Jesus did, that you have overcome the world, and that you are righteous in the sight of God, and His beloved child forever. In that regard, consider the following Scriptures:

Romans 8:15-17 (KJV)
15For ye have not received the spirit of bondage again to fear; but ye have received the S[s]pirit of adoption, whereby we cry, Abba, Father. 16The S(s)pirit itself beareth witness with our spirit, that we are the children of God:17And if children, then heirs; heirs of God, and joint-heirs with Christ; if so be that we suffer with him, that we may be also glorified together.

1 John 3:24
The one who keeps God’s commands lives in him, and he in them. And this is how we know that he lives in us: We know it by the S(s)pirit he gave us.

And there is another magnificent element to speaking in tongues. Remember that, as per what happened on Pentecost, God wanted everyone who became a Christian to immediately speak in tongues. What does that entail? Hang on, this is wild—you gotta open your mouth with the intent of fluently speaking a language you have never learned. Whazzat?! Yes, and do so trusting that God will give you the words to speak. Think about what God is doing in that process: He is proving to you (hopefully right at the outset of your Christian life) that whenever you trust and obey His Word, He will fulfill His promises. And when you hear yourself speak in tongues, you know you have very concrete proof of that reciprocal relationship with the Creator—one that will never change! How cool is that?

When you speak in tongues, what does God’s Word say you are you doing? “Speaking the wonderful works of God (Acts 2:11), “magnifying God” (Acts 10:46), “giving thanks well” (weller than you otherwise could—1 Cor. 14:17), “worshiping God” (Phil. 3:3). You are using a language beyond the scope of your limited understanding to tell God you love Him, and, in essence, you are giving Him something that He doesn’t already have—your effusive praise (Heb. 13:15). All that should strongly motivate us to do it as much as possible.

The apostle Paul said that he spoke in tongues more than all the Corinthian saints. At the very least that means he did it A LOT! So can you and I. Since I realized I wasn’t doing it that much, I’ve been somewhat surprised at how many opportunities each day affords me to do so—waking up, brushing my teeth, getting dressed, driving, standing in line, preparing a meal, walking somewhere, when listening during a conversation, listening to music, watching TV or a movie, going to sleep—basically any time I’m alone, and plenty of times when I’m not.

When I’m alone, SINGING IN TONGUES really helps me to do it without spacing out (like after 15 seconds) and then suddenly realizing I’m no longer doing it. If you currently have a limited and repetitious tongues vocabulary, you can, of course, enlarge it, and singing in tongues helps you do that. It’s probably best to choose a tune with at least relatively innocuous lyrics, like The Itsy Bitsy Spider, as opposed to something by Mettalica. How Great Thou Art or What A Friend We Have In Jesus would be even better. And when I “tune in” to God via speaking in tongues, He may just have something to say to me in that moment. Is it any wonder that He tells us in 1 Corinthians 14:5 that He desires that each of us speaks in tongues? So, how about we JUST DO IT!