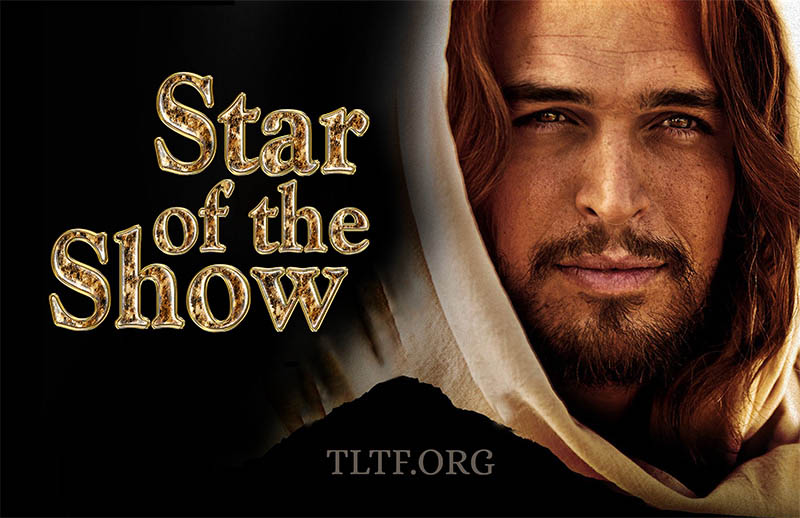 Hey, it’s Spring! That means SUNSHINE and probably more time outdoors in warmer weather. You might even go rock climbing, or do some star gazing. The greatest “rock star” ever? Hm-m. Buddy? Elvis? Fats? Aretha? Mick? The Beatles? Your teenage son and his garage band? Nope, it’s JESUS CHRIST! How so? Well, as The Chip off The Really Old Block, he is The Rock of Ages (Eph. 2:20; 1 Pet. 2:4), and as represented by the Sun in God’s celestial message, he is The Star of the show (Ps. 19:5-6).

No, the term “Rock Star” is not in the Bible. I’m not sure how it originated, but here is a contemporary figurative definition: “A person with celebrity status who is renowned or revered in his or her field of accomplishment.” Well, given that Jesus Christ is the only human ever to both live a sinless life and beat death, I’d say he is the greatest ROCK, the greatest STAR, and the most renowned “Rock Star” who has ever lived.

Sorry to break the news to you, but Elvis is dead, and so is, or will be, everyone else who has ever lived (other than those who live until the Rapture). As the Word makes clear, DEATH is our ultimate enemy, and death is something God absolutely HATES—for anyone, any way, any time—because it is the antithesis of all He is. No doubt it deeply grieved Him to have to ask Jesus to die, but it was the only way to everlasting life for him and those who make him Lord. Think about the fact that only one human being has ever conquered death, and that is our sterling Savior, Jesus Christ—the fulcrum of His-story, The Free Will Prototype Human upon whose shoulders God’s whole plan of Redemption was riding, and now is assured. Thus the Lord Jesus is able to give LIFE to all who choose to believe in him.

Why is Jesus Christ God’s favorite subject in Scripture? Because only he could have—and did—retrieve God’s shattered dream of a family living together forever in the earthly Paradise He originally intended. To do so Jesus had to TRUST GOD to raise him from the dead. I certainly hope that you were raised in a loving Christian family so that you can begin to grasp the wonderful familial reality that God desired for Himself and us. Even if you did not grow up with a loving dad, trusting and obeying God now will enable Him to prove His love to you. I guess that one of the reasons God is so thrilled with what the “Last Adam” accomplished is because it is in such stark contrast with how His “First Son” so quickly broke His heart. Think, “Adam, where are you?” (Gen. 3:9). It seems that most Christians don’t think of God as ever being either excited or disappointed, but His Word shows us that He has genuine feelings and emotions, which His Son also manifest, and which He has given us. Most human emotions have both an upside and a downside, but Jesus demonstrated how to perfectly control our emotions so that they never stop us from doing the will of God.

Once upon a time, God was all dressed up with nowhere to go—and no one to love. If you were all LOVE, wouldn’t you want some good folks with whom to fellowship at a deep level? The over-arching theme of the Bible is that God intended to dwell forever with His human family in the magnificent earthly Paradise that He created. But His original prototype human (Adam) chose to disobey His simple directives, and thus wreaked havoc upon mankind, as is evidenced by the horrific state of humanity today. So God went to “Plan B” (or “J”) and Jesus did the job, obeying His Father all the way through the Cross.

1 Corinthians 3:9 says that YOU are a fellow worker with GOD. Have you ever really thought about that? When God was all alone, how much do you think He desired sweet fellowship with others also committed to His goals? How excited do you think God was when Jesus got to the place that he understood who he was, what his mission was, and what his rewards would be for carrying it out? Or when He raised Jesus from the dead and had a “peer” with whom to work?! What a reunion! And how thrilled do you think God is to have found YOU? He has a vital role for you in reaching people with His love, and there’s nothing He won’t do for you to help you live for Him (Rom. 8:32).

Furthermore, you and I speak in tongues, which is the indisputable assurance that our Lord is coming again for us, first to rescue us from this present evil age (Gal. 1:4). When he later comes back to the earth with us, the first item on his agenda will be to judge and make war. Eventually, God Himself will return to Earth to take His seat with Jesus on the Final Throne (Rev. 22:1-3), and we’ll then be back to Plan A: peer fellowship among God, the Lord Jesus, and all saved people face-to-face in an everlasting Paradise. God’s desire for genuine fellowship seems clear. Then we will fully enjoy His presence and His boundless love.

As we look forward to celebrating Jesus’ remarkable Resurrection this month, let us stop and consider what it means that once-and-for-all death has been “swallowed up” by life (1 Cor. 15:54). Now this means that any Christian who falls asleep/passes away (not “passed,” for heaven’s sake—football season is over) will be raised up to new life at his appearing. It means that those brethren who live until he comes will never taste death. And it means that NOW the gracious gift of holy spirit, the divine nature of God, enables you and me to walk and talk with our Father like Jesus did.

Because of the goodness of God and your choice to respond affirmatively to His invitation to believe in His Son, you are securely held in the grip of love, and nothing can change that. So hold fast to The Man whose burning love for you never wanes. Remember that our Hope is also his Hope—he is eager to come for us and welcome us into his presence—forever. Personally, I think the reason we will have everlasting life is so that we have time to talk with everyone we’ll want to. I know I’d like a few thousand years to hang out with the Lord, and then there’s Paul, along with the myriad of other Bible luminaries. The big question is: Will that talking donkey be there? If so, I’ll give him a couple hours, just to see what he’s got.

1 Peter 2:4-5
4 As you come to him, the living Stone—rejected by humans but chosen by God and precious to him— 5 you also, like living stones, are being built into a spiritual house to be a holy priesthood, offering spiritual sacrifices acceptable to God through Jesus Christ.

Philippians 2:14-16
14 Do everything without grumbling or arguing, 15 so that you may become blameless and pure, “children of God without fault in a warped and crooked generation.” Then you will shine among them like stars in the sky 16 as you hold firmly to the word of life. And then I will be able to boast on the day of Christ that I did not run or labor in vain.

My dear brother/sister, the “day of Christ” is coming—and so is HE—in person. Until then, remember that, via your gift of holy spirit, Jesus is with you always (Matt. 28:20). He is not “the absent Christ.” Here’s the key: “departure” creates an absence, but “disappearance” creates an invisible presence. So let’s do our best to ROCK OUT and SHINE ON w/ the Lord Jesus. It’s really true: “HE IS RISEN!!!” And thus we too will one day rise to meet him in the air. It could be today.