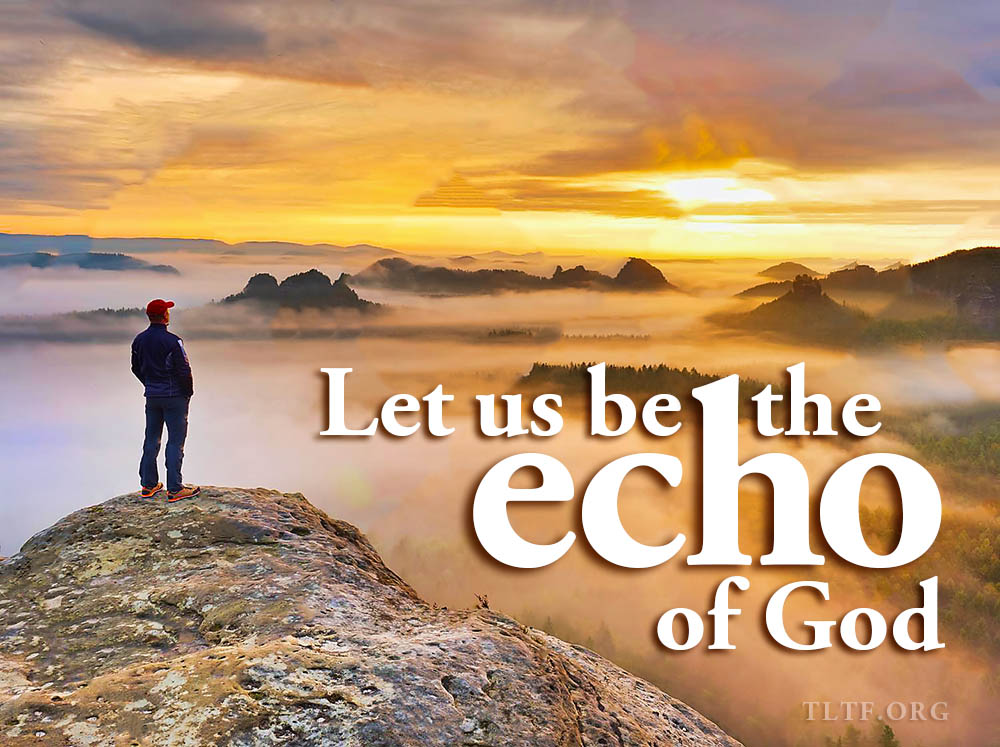 Did Jesus Come to Unify or to Divide People? The answer is… BOTH. And everybody said: “Amen!” No, most would probably say, “HUH? How could that be?” Stay tuned, that is, keep reading.

In our “Postmodern” culture today, where TRUTH is no longer considered an absolute, but merely an opinion, those committed to working for God’s Adversary continually do all they can to cause division among the general populace. They relentlessly foment social strife, as in male vs. female, young vs. old, black vs. white, straight vs. gay, Left vs. Right, Liberal vs. Conservative, Republican vs. Democrat. Why do they want so many “civil wars”? Primarily so that a majority of citizens cannot become unified (uni=”one-ness”) and rise up to oppose their wicked ways. At the bottom line, division is between God’s Truth and Satan’s Lies, and leads to the related juxtapositions between light and darkness, love and hate, life and death.

God’s overflowing love for people causes Him to honor them more than most realize. The FREE WILL He gave each human—which He never usurps—is a great example of this. This truth flies in the face of the prevailing teaching that “God is in control,” but you can’t have it both ways. Love is not love if one has no choice but to love, or if it is forced or manipulated. We are to freely love because our Heavenly Father first loved us.

Today we are witnessing a massive assault on the human community, and one of the Adversary’s goals in dividing people is to isolate them from one another. Loneliness is now an epidemic, and the forces of evil are doubling down on their efforts to sequester everyone they can. Many elderly people are now dying alone because their loved ones are not being allowed into the hospital or nursing home. Even the unscientific idea of wearing a mask (which is actually much more harmful than not wearing one) takes away people’s individuality and turns them into a faceless number.

Consider these classic verses regarding how the first Christians functioned in unity, and the results they saw by so doing.

Acts 2:42-47
42 They devoted themselves to the apostles’ teaching and to fellowship [koinonia=full sharing], to the breaking of bread and to prayer. 43 Everyone was filled with awe at the many wonders and signs performed by the apostles. 44 All the believers were together and had everything in common. 45 They sold property and possessions to give to anyone who had need. 46 Every day they continued to meet together in the temple courts. They broke bread in their homes and ate together with glad and sincere hearts, 47 praising God and enjoying the favor of all the people. And the Lord added to their number daily those who were being saved.

Perhaps you have experienced such “full sharing” with a group of believers. Is that still the case? With whom are you having “hearts knit together” Christian fellowship and working toward the goal of spreading God’s Word to those who need it?

Hebrews 10:24-25
“And let us consider how we may spur [as in “Giddy-up, let’s go!”] one another on toward love and good deeds, not giving up meeting together, as some are in the habit of doing, but encouraging one another—and all the more as you see the Day approaching.”

In one sense, the Lord Jesus is already “on the way” to rescue us from this present evil age. With each passing day, which we have only one opportunity to live, his appearing draws closer. Once he shows up, the rewards we have earned are the rewards we will receive.

OK, so how did our Lord come to bring both unity and division among people? In his “locker room pep talk” before sending out the 70 to minister in his name, Jesus made what might seem to be a startling statement, especially in our present day and age of so-called “tolerance.”

Jesus Christ is the most polarizing person who ever lived, and we see both the love and hate he generated. Many of us have also experienced such up-close-and-personal opposition, but as his disciples, we are called to stand as he did for God’s Truth. Scripture is clear that when we do, we too will suffer persecution at the hands of those who oppose God, Christ, and the Word. They will say that we are the ones causing division, but God says differently: it is because “they refused to love the truth and so be saved.” (2 Thess. 2:10)

Many of the Devil’s “devices” (Gr. methodeia—2 Cor. 2:11) are designed to cause division among the Christian community also. The Word of God is filled with many exhortations for us as children of God to achieve unity/oneness. It is clear that if Christians are to be truly united, we must be likeminded about the fundamental truths of God’s Word. As per 1 Corinthians 1:9-10, “God is faithful, who has called you into fellowship [koinonia] with his Son, Jesus Christ our Lord. I appeal to you, brothers and sisters, in the name of our Lord Jesus Christ, that all of you agree with one another in what you say and that there be no divisions among you, but that you be perfectly united in mind and thought.”

The following verses set forth the seven primary doctrinal truths we must each know (and be committed to) in order to exemplify the unity God has given us via our gift of holy spirit (1 Cor. 12:13). By the grace and mercy of our God, and in contrast to what most of our dear brethren are being taught, our TLTF teachings accurately exposit His truth regarding each of these critical topics. We invite you to delve into them and see for yourself.

Ephesians 4:3-6
3 Make every effort to keep the unity of the Spirit through the bond of peace. 4 There is one body and one Spirit, just as you were called to one hope when you were called; 5 one Lord, one faith, one baptism; 6 one God and Father of all, who is over all and through all and in all.

The Thessalonian saints were a model “church,” and in the following section of Scripture we see a big reason why: they passed on God’s message expressively as He gave it.

1 Thessalonians 1:2-10
2 We always thank God for all of you and continually mention you in our prayers 3 We remember before our God and Father your work produced by faith, your labor prompted by love, and your endurance inspired by hope in our Lord Jesus Christ. 4 For we know, brothers and sisters loved by God, that he has chosen you, 5 because our gospel came to you not simply with words but also with power, with the holy spirit and deep conviction. You know how we lived among you for your sake. 6 You became imitators of us and of the Lord, for you welcomed the message in the midst of severe suffering with the joy given by the holy spirit.7 And so you became a model to all the believers in Macedonia and Achaia. 8 The Lord’s message rang out [echoed] from you not only in Macedonia and Achaia—your faith in God has become known everywhere. Therefore we do not need to say anything about it, 9 for they themselves report what kind of reception you gave us. They tell how you turned to God from idols to serve the living and true God, 10 and to wait for his Son from heaven, whom he raised from the dead—Jesus, who rescues us from the coming wrath.

The chief characteristic of an echo is its exact replication of whatever words were loudly uttered. If one stands on a mountain ledge and yells, “HELLO!” the echo is not “GOODBYE,” “Goodbye,” “Goodbye,” “Goodbye.”  Let us be “the echo of God” by declaring precisely what He has stated in His matchless Word.

Now, and forever, you and I are each a vital part of “Team Jesus,” also known as the Body of Christ. As it has been said, there is no “I” in team. We are called to subjugate our self-will and be team players, doing all we can in the interest of others. But there is an “I” in WIN, which we will, and each of us will one day begin to revel in an everlasting victory celebration! HOORAY and HALLELUJAH!!!