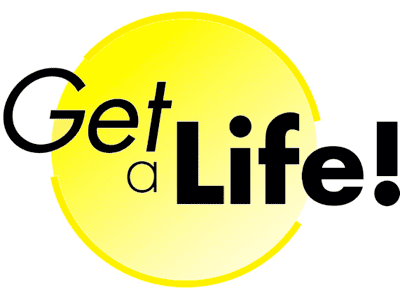 “How long has it been since you woke with the dawn and felt that the day’s worth the living?” Perhaps you remember that line from an old Christian song, which I thought of the other day while I was taking a walk. I was overcome with joy in thinking of the indescribable privilege it is to know the Truth and to work with God Almighty and the Lord Jesus Christ in spreading it around the world. I hope you feel the same way.

“Get a life!” Do you know that it was Jesus Christ who, in essence, coined that now oft-used phrase? Yep, in John 10:10. So here’s my question: Are you excited to wake up to your life each morning? Sure it’s a war zone, but given the limitless possibilities that a day of walking with the Lord holds in store, you can wake up wired, not tired. We know from the Word that Jesus is excited about your life, and what you can do with him each day.

In Segment 2 of our forthcoming foundational class, One Day With The Creator, I talk about the only three responses to Truth as set forth in Acts 17:31–33: (1) some mock, (2) some are indifferent, (3) some cleave unto the Truth and its messengers. The good news is that each person determines for himself which of those groups he is in, and of course he can choose to move from one group to another.

I believe that the Word, history, and a study of current events show that a comparatively few people totally committed to evil are manipulating most of the major events taking place on planet earth as they relentlessly pursue their goal of a “new world order.” The demons manipulating these wicked people have been around since Genesis 10 with Nimrod, and will not stop using such people until they achieve their goal, before which time the Lord Jesus will have rescued us Christians from this “present evil age.“

So what is God doing about this wickedness in order to buy time for His people to reach as many others as possible with the Gospel before He sends the Lord Jesus to get us out of this mess? The truth is that He can’t do that much, unless He too finds a committed cadre of people, Christians, who will sell out to Him and His Word and boldly spread it across the planet. I believe that you, as a reader of this missive, are likely in that group.

Let us explore what I believe is a valid spiritual parallel between the 1960s and the time in which we are now living. Let’s think first about the 1960s, without question one of the most turbulent and violent decades in modern history. Many people believe that the ‘60s produced the most significant changes ever in our nation, most of them harmfully undermining positive aspects of our way of life.

To chronicle those destructive changes—spiritual, political, cultural, economic, and social—would exhaust the limited capacity of this brief communique. As one writer put it: “The real 1960s began on the afternoon of November 22, 1963. It came to seem that John Kennedy’s murder opened some malignant trap door in American culture, and the wild bats flapped out.”

And what did God do in the 1960s to combat the enemy’s assault? One of the most significant things on the entire spectrum of Church history: the Power For Abundant Living class in The Way International. That unique class then went from a farm in Ohio to liberate people in 60 countries by teaching them more biblical Truth than had been available anywhere else on earth since the first century. How sad that God did not have sufficient human cooperation to refine and expand that work even further.

Now, almost half a century later, it is as if the horrible events of September 11, 2001 opened the door to a decade of unparalleled assault on man’s freedom and prosperity. The enemy is ratcheting up his use of willing human accomplices in an attempt to bring to pass his rule upon the earth. A visit to any number of informed Internet sites will show you the multiplicity of malevolence being foisted upon mankind today.

And what is God doing in the face of this onslaught to advance the cause of Christ? There’s no question that God is at work amidst numerous Christian groups who are doing many wonderful things, but we simply could not find a comprehensive presentation of the Word of God that comes close to what we think people need to hear, and that is why we filmed One Day With The Creator this past July. Only time will tell, but we think there is a good possibility that God is helping us produce our forthcoming class in the hope that He can use it like He did the PFAL class.

Our prayer is that God can use this teaching vehicle in a mighty way to deliver many people around the world and bring them into the family of God so they can enjoy everlasting life when the Lord appears. We think that once you experience the class, you will agree that it is a powerful and effective vehicle with which to bring Truth to those who hunger for it.

It is thrilling to participate in bringing to pass the overall purposes of God, the Creator, knowing that He and Jesus “have our backs” and are always fighting alongside us. And it is a joy to know that our committed cooperation brings a smile to the heart of God—and that it will earn us rewards that our Lord Jesus is eager to give us at his appearing. It will be exciting to see what they can do in conjunction with our efforts. In that vein, I think the following verses are both pertinent and inspiring:

Psalm 44:1–3 and 8
(1) We have heard with our ears, O God; our fathers have told us what you did in their days, in days long ago.
(2) With your hand you drove out the nations and planted our fathers; you crushed the peoples and made our fathers flourish.
(3) It was not by their sword that they won the land, nor did their arm bring them victory; it was your right hand, your arm, and the light of your face, for you loved them…
(8) In God we make our boast all day long, and we will praise your name forever.

We serve the same God, who is no less powerful today, and no less desirous to stand with those who choose to stand for Him, no matter the odds. Let us stretch our hearts toward our Father each day so as to make it possible for Him to do His utmost for our highest.