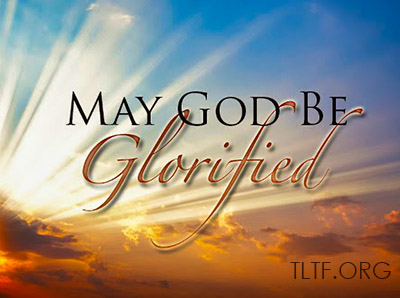 Howdy, Star Gazer! We have made the point that “aliens are alien to Scripture.” It is true that there are no other “intelligent beings” in the universe other than on Planet Earth—and a shortage of them here! But there are “aliens” scattered amidst the population on this terrestrial ball. They should be easy to spot, but many have become good at blending in with the crowd.

These “aliens” are mentioned in Scripture, at least in the NASB, RSV, NRSV,
The Holman Christian Standard Bible, and The Complete Jewish Bible. For example:

1 Peter 2:11-12 (RSV)
11 Beloved, I beseech you as aliens and exiles to abstain from the passions of the flesh that wage war against your soul. 12 Maintain good conduct among the Gentiles, so that in case they speak against you as wrongdoers, they may see your good deeds and glorify God on the day of visitation.

The Greek word translated “aliens” means “sojourner, stranger, foreigner; one who lives in a place without the right of citizenship.” This is not talking about political rights, although today those do seem to be disappearing at an alarming rate. Our citizenship is in heaven, from where we look for the Savior. As the song goes, “This world is not my home, I’m just a-passin’ through. My treasures are laid up somewhere beyond the blue.” Our greatest treasure is JESUS, with all we have in him.

It is clear to anyone with eyes to see that the worldwide persecution of Christians is ramping up, even here in our “Christian” nation. Manipulated by the Devil, the powers-that-be-but one-day-won’t-be(existing) have their sights set on you, me, and our believer brethren. They are making us out as intellectually and socially backward rubes. Paul’s description of what the world thinks of us (1 Cor. 4:9-13) ends with: “…we are made as the filth of the world, and are the offscouring [dirt or scrapings that are rubbed off of something] of all things unto this day. Today we are called “domestic terrorists,” the “unvaxxed,” the “lunatic fringe,” or “extremists.” Actually, we areEXTREME—in our love, our commitment, our faithfulness, our boldness, and our Hope. And lately, we are being labeled as “insurrectionists.” That may be just a spelling error—we are Resurrectionists!

As soldiers for the Lord, and God’s athletes, we must gird up the loins of our minds and stand strong in the contest in which we find ourselves, inspired by the witness of our Lord Jesus and those who stood for him through the centuries, many of whom to their death. We today, like they back then, can stand in the battle with joy and peace, knowing that, as one Commentary puts it regarding the following verses, “Jesus took the blows meant for us; now we take the blows meant for him.”

Colossians 1:24-25
24 I now rejoice in my sufferings for you, and fill up in my flesh what is lacking in the afflictions of Christ, for the sake of His body, which is the church, 25 of which I became a minister according to the stewardship from God which was given to me for you, to fulfill the word of God.

As the Body of Christ, we can expect the same kind of treatment that Jesus got from those under the influence of the evil one, and that should not shock or dissuade us. The Awards Banquet, the Trophy Presentations, and the everlasting Victory Celebration will be way more than worth whatever it costs us now to courageously follow in the footsteps of our Lord.

These days, “identity theft” is a big problem that costs people millions of dollars, and perhaps their reputation also. Let’s not allow that to happen to us. It is IN CHRIST that we find our true and unshakeable identity. A vital question each of us should be able to answer with conviction is: Who are you? And that goes for both one’s personal character and his life in Christ. At the bottom line, you and I can answer that question very simply: “I am one who is beloved by God.”

The Greek word for “glory” in Scripture is a real winner. It means, “not the object itself, but the appearance of the object that attracts attention.” In Exodus 33, God did not let Moses see His “Shekinah glory,” but even as close as he came to it left him glowing like a 10,000-watt bulb, and definitely noticeable.

To understand the “glory” we too can manifest, consider a bowl of freshly picked apples on a table. You take one and polish it for a minute or so before putting it back. Someone passing by the table might well say, “Look at that apple!” He is not saying that because it is an apple, which is commonplace, but because of the distinguished appearance of the apple compared to the others. Cha-ching! What did people say about Jesus? “Look at that man!” Not because he was ten feet tall or had three arms, but because of how he stood out from all other people by his words and deeds. And now that Man is committed to helping you and me do likewise!

Peter and John made front page headlines in The Jerusalem Gazette by healing the crippled man at the gate of the Temple. Though they may have become temporary celebrities for that “act of kindness,” the ultimate glory went to Jesus!

Acts 4:12
When they saw the courage of Peter and John and realized that they were unschooled, ordinary men, they were astonished and they took note that these men had been with Jesus.

The Adversary of mankind is doing all he can to blind the eyes of people to him who is the light of the world, but as we draw close to him and work with him, he will work in us to leave a wake of light that pierces the darkness. It is too late to blend in any longer. Let us rise up, take hold of the authority we have in Christ, do the works that he did, and make ourselves known as “those who have been with Jesus.”

Galatians 2:20 is the first Bible verse I ever memorized, back in 1965, and it continues to resonate for me. “I have been crucified with Christ; it is no longer I who live, but Christ lives in me; and the life which I now live in the flesh I live by faith in the Son of God, who loved me and gave Himself for me.” Amen.

At the beginning of this letter I referred to you as a “Star Gazer.” JESUS CHRIST is the STAR of the show (Ps. 19:4-6), and we are to look to Him for all things godly (Heb. 12:2). As we follow our personal path of righteousness, we keep our eyes fixed upon our precious Lord, who is standing at the Finish Line beckoning us onward and upward (Phil. 3:20-21).