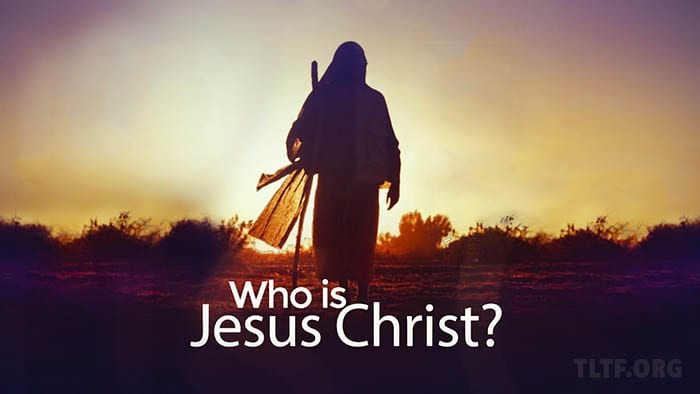 There are few questions that deserve
more attention than this one.

The Bible is the Word of God. It tells us about the life and death—and resurrected life—of the greatest man who ever lived. His name is Jesus Christ. For centuries men have debated the identity of this unique man. How did he do the things he did?

We assert that the answers lie in the Bible. If so, the question is: “What does the Bible say?”

We believe that Jesus Christ is a completely unique (one of a kind) human being.

He is the only man ever born by way of God putting a seed in the womb of a virgin (Matt. 1:18; Luke 1:35). God put a perfect seed in the womb of Mary so that Jesus would be born without the sin nature that every other human being inherited from the First Adam. Therefore, Jesus is the only-begotten Son of God (John 3:16 – KJV) and the Son of Man (John 5:27).

He is the only man who had perfect faith in God, and who, by his free will choices to trust God, lived a sinless life, always doing the will of his Father (John 8:29). Jesus was not a robot, programmed to obey God. If so, he could not have been genuinely tempted to sin, just like all men he came to save (Heb. 4:15). The absence of a sin nature was not the reason why Jesus did not sin. We know that because the First Adam also had no sin nature, and he sinned royally.

He is the only man God ever raised from the dead in order to confirm that he was who he had said he was—the Son of God (Acts 17:31; Rom. 1:4). The resurrection of Jesus Christ was God keeping His promise to His Son, and also His affirmation to all men that Jesus is “…the way and the truth and the life…” (John 14:6).

He is the only man who is now the Mediator between God and mankind (1 Tim. 2:5). It is Jesus Christ to whom God has given the power to “save to the uttermost” all who call upon his name, because he ever lives to make intercession for us (Heb. 7:25).

He is the only man who will gather together all Christians to meet him “in the air” (1 Thess. 4:17) and give each one a new body like his own (Phil. 3:21). As the promised “seed” of the woman (Gen. 3:15), Jesus Christ will produce fruit after his kind, a race of people living forever.

He is the only man who will one day return to the earth, destroy all evil men (and eventually destroy Satan and his evil spirit cohorts), and rule the earth as King for 1000 years (Rev. 19:11–20:7). At his first coming to the earth to Israel, Jesus was the sacrificial Lamb of God, but he will come again as the Lion of Judah to save his people, Israel, and destroy all God’s enemies.

He is the only man who will raise from the dead every human being who has ever lived (John 5:21 and 25). As God has given Jesus “life in himself,” so he will raise up all people.

He is the only man who will judge all men and women of all time (John 5:22 and 27). Jesus will righteously judge all people, granting everlasting life to those who deserve it, and annihilating all the wicked (Acts 17:31; John 5:28 and 29).

He is the only man who will restore on a new earth the Paradise that the First Adam lost (1 Cor. 15:24–28). As “the Last Adam,” Jesus was God’s Contingency Plan to salvage His original plan that Adam’s disobedience thwarted, that is, a perfect race of people living forever on a perfect earth. Amen.

He is the only man who is our Savior, our Redeemer, our Mediator, our Lord, our constant Companion, our Best Friend, our Big Brother, the Light of our lives, our Peace, our Joy, and our Mentor in the art of faith.