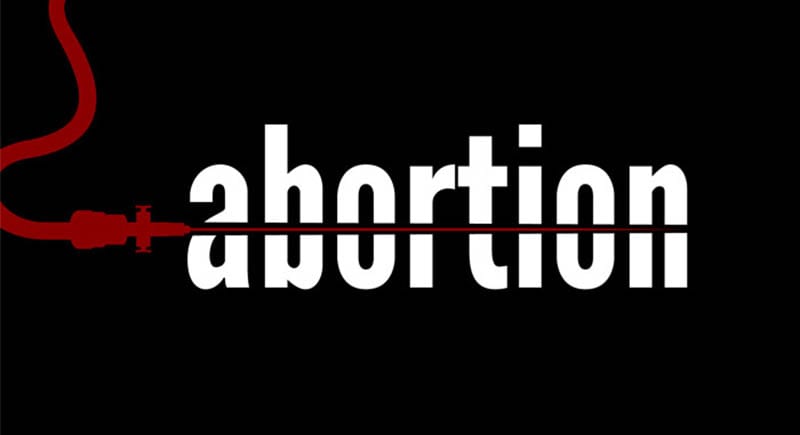 Nothing. Therefore, no one can definitively say that it is murder. Obviously, God could have specifically addressed this volatile topic had He thought it best to do so, but He didn’t. He could have made it very clear that He considers it murder, but He didn’t. Thus, no matter how we feel about it, we cannot say something that God does not say. In such cases, we must base our beliefs on the clear principles of God’s Word.

Because life begins at conception, abortion is clearly the act of ending a life, and it is certainly not to be taken lightly nor, God forbid, used as a contraceptive after profligate sexual behavior. We believe that many abortions are done for the wrong reasons, but we do not believe that government legislation against it is the answer. Obviously, no male can conceive of having a life growing within him, and we men must be especially sensitive in dealing with this subject. Ending a life growing within you is a very serious matter, and such a decision must be made only as a result of much prayer and thoughtfulness.

Perhaps the primary issue is family sovereignty vs. government control. God clearly defines those sins that He wants godly government to punish, but abortion is not among them.

SEX is the root cause of every abortion. If people lived by the standard of God’s Word, they would not have sex outside of marriage, and millions of pregnancies would be avoided. We believe churches should demand higher standards of sexual morality for churchgoers. The Christian Church and other morality-based social organizations could step up and help families that have unplanned babies make it through difficult times. Families, extended families, churches, and professional counselors could counsel women not to have abortions.

We do not believe God’s Word allows for the government to pass laws that control family decisions, and churches should work aggressively to stop the government from having control of family issues. We believe that both the Bible and history show that only evil will come from allowing government to control our families. Abortion is a huge problem in our society, but the “quick fix” of government regulation is ultimately a move against the way God established the family and society, and it will eventually lead to more ungodliness and evil. Christians must take a stand on what God says in His Word so that He can bless us and bring deliverance for us, our children, and our country.

For more information listen to this teaching on: God the Life Giver