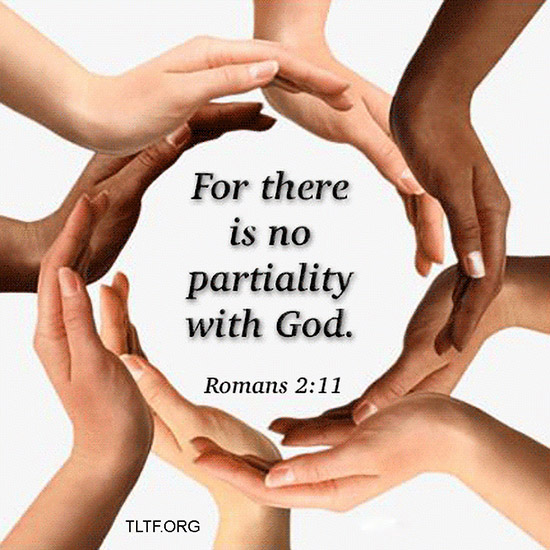 The early definition of the word “partiality” connotes something that is not whole or complete. The word later developed into an idea of one-sidedness, or, an unjust or unreasonable preference for a person or a group over against another, and this is its general meaning in scripture. In the Authorized Version, God testifies that He is not a “respecter of persons;” that His standards are applied the same to each who is judged. In addition, the bible admonishes us to keep ourselves free from partiality due to its distortive affects our perspective. In a world overwhelmed with contention and strife, the believer must keep free of partiality and, as John 7:24 says, “Judge not according to the appearance, but judge righteous judgment.”