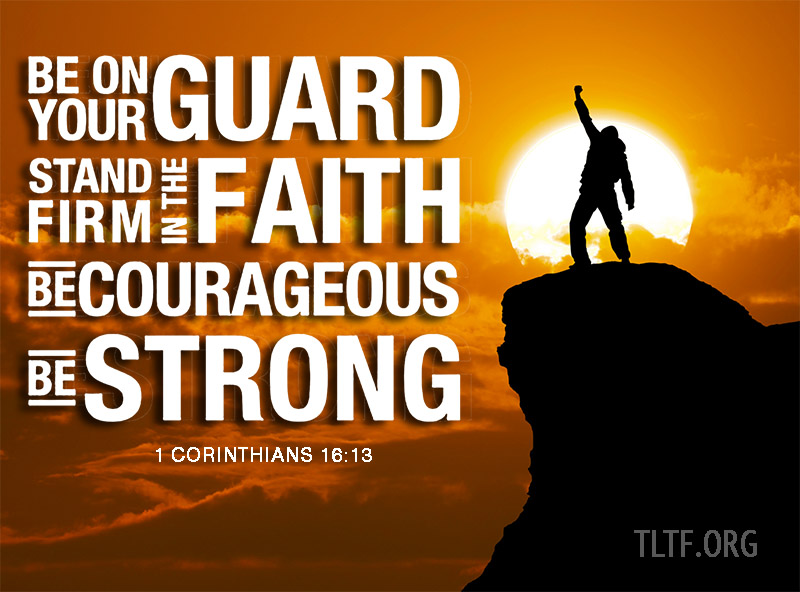 Last year’s January FRUIT OF D’VINE, I talked about having “20-20” vision, that is, clarity in regard to the Word of God, and, with that “worldview,” lucidity in regard to what is actually taking place on this “terrestrial ball.“ I don’t think we foresaw the magnitude of what would transpire on Planet Earth, which is without question the most vivid manifestation of the epic battle of the ages between God and the Devil that we have ever seen.

I looked up “epic,” and found: “noting or pertaining to a long poetic composition, usually centered upon a hero, in which a series of great achievements or events is narrated in elevated style; heroic; majestic; impressively great.” WOW! What an apt depiction of the Word of God, with Jesus Christ being the ultimate hero. And you and I are fellow workers (heroes) with him.

As Satan has waged war against God since Genesis 9 in the realm of (un)civil government, so since Genesis 3 has he coordinated an assault on God’s revelation to man. Like the wicked king Jehudi cut up the scroll containing the Word of God (Jer. 36), and like those manipulated by the Devil cut up the living Word, Jesus Christ (Isa. 52:14), so our Adversary has relentlessly worked to pervert God’s pure communication to mankind, and to eradicate it from the minds of people. Just as he has infiltrated government with countless operatives, so he has succeeded in deceiving even the people of God into believing his lies.

1 Timothy 4:1-2 – Now the Spirit expressly says that in latter times some will depart from the faith, giving heed to deceiving spirits and doctrines of demons, 2 speaking lies in hypocrisy, having their own conscience seared with a hot iron.

So, let us who love the Truth step up and exercise our giftings and callings. Seek the Lord’s will for how you can exercise your ministry like never before. You’re not too old, and it’s not too late. If you once enjoyed teaching the Word, why not find one or more willing listeners and begin doing so again? In that vein, let’s pray for God to open major “doors of utterance.”

Ephesians 6:19-20 – Pray also for me, that whenever I speak, words may be given me so that I will fearlessly make known the secret of the gospel, 20 for which I am an ambassador in chains. Pray that I may declare it fearlessly, as I should.

Colossians 4:3-4 – And pray for us, too, that God may open a door for our message, so that we may proclaim the secret of Christ, for which I am in chains. 4 Pray that I may proclaim it clearly, as I should.

2 Thessalonians 3:1 – Finally, brethren, pray for us, that the word of the Lord may have free course, and be glorified, even as it is with you.

So here we go, “once more into the breach,” the great unknown of 2021, but we go knowing that our God has us “engraved us on the palms of His hands, and that our walls are ever before Him” (Isa. 49:16). The Hebrew word for “wall” means a wall of protection. The Creator of the universe has our faces always before Him, and constantly surrounds each of us with His love and goodness. Let us keep His face before our eyes.

Matthew 14:22ff is the classic account of the only other human being except Jesus who walked on water. Yep, it was good old Peter, the often impetuous disciple, who was the only one who took Jesus at his word: “Take courage! It is I. Don’t be afraid.” Peter climbed out of the boat onto those stormy waves. Think about the mindset that required.

At first, things went well while Peter focused his gaze on Jesus rather than on the turbulent waters. But when he “saw the wind, he was afraid and, beginning to sink, cried out, ‘Lord, save me!’” Do you think that Jesus then hoisted up Peter in a fireman’s carry and lugged him back to the boat? No, Peter walked on the same waves he had allowed to negate his faith.

The lesson is clear: when we rivet the eyes of our heart on our Lord Jesus and his promises to us, we can be courageous and push through whatever fear is attempting to thwart our godly desires and actions. And if we stumble while following him, he will rescue us and get us back on track. Consider the following verses about how we reflect what we look at, good or bad:

Psalm 34:4-5 – I sought the LORD, and he answered me; he delivered me from all my fears. Those who look to him are radiant; their faces are never covered with shame.

2 Corinthians 3:17-18 – Now the Lord [Jesus] is the Spirit, and where the spirit of the Lord is, there is freedom. And we all, who with unveiled faces contemplate the Lord’s glory, are being transformed into his image with ever-increasing glory, which comes from the Lord, who is the Spirit.

You could say that, “Life is looking up.” That is, true life, that which is spiritually more abundant, is all about focusing on our Father, our Lord, and the Word. No matter what stormy seas this year brings, let us aggressively adhere to our Lord’s entreaty:

Colossians 3:1-4 – Since, then, you have been raised with Christ, set your hearts on things above, where Christ is, seated at the right hand of God. Set your minds on things above, not on earthly things. For you died, and your life is now hidden with Christ in God. When Christ, who is your life, appears, then you also will appear with him in glory.

Let’s close with this pithy exhortation, which is pertinent to every day of every year:

1 Corinthians 16:13 – Be on your guard; stand firm in the faith; be courageous; be strong.