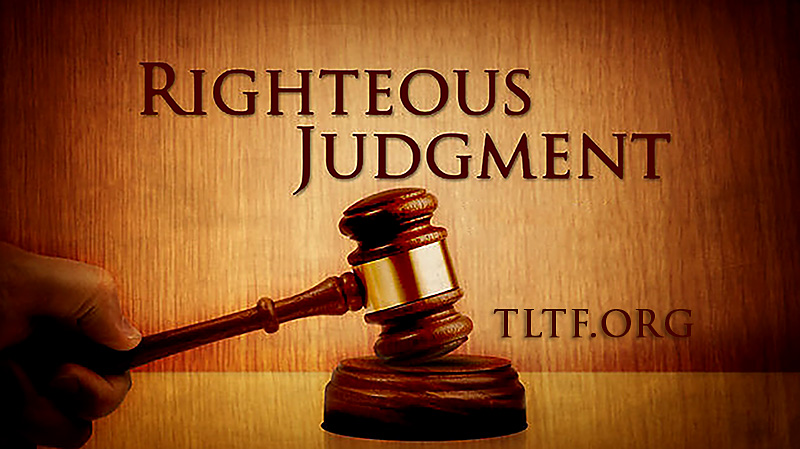 Have you ever been accused of being judgmental? Christians today are routinely labeled as narrow-minded, bigoted, hateful, and unloving by the progressive western cultural elites. Some attempt to bolster their position by quoting Jesus as evidence that we are not walking in step with him, saying, “After all, Jesus said “judge not” Right? (Matt. 7:1-7)

They misuse this quote as evidence for why Christ’s followers are forbidden from standing against evil. They claim that we Christians are commanded by Christ not to judge. A simple study of the Greek word krino in the New Testament will show just the opposite is true. Here is Jesus’ statement: “Do not judge, or you too will be judged” (Matthew 7:1). Many people use this verse in an attempt to silence their critics, interpreting Jesus’ meaning as “You don’t have the right to tell me I’m wrong.” Taken in isolation, Jesus’ command “Do not judge” does seem to preclude all negative assessments. However, there is much more to the passage than those three words.

Everyone judges continually, every day. The issue at hand is not judging but rather judging rightly, with the proper perspective and motive. In fact, the Corinthian church was severely damaged because of a failure to judge one in their church who was committing evil among them, and Paul did not mince words when addressing the matter.

1 Corinthians 5: 1-2 (NIV)
It is actually reported that there is sexual immorality among you, and of a kind that even pagans do not tolerate: A man is sleeping with his father’s wife. And you are proud! Shouldn’t you rather have gone into mourning and have put out of your fellowship the man who has been doing this?

This sin had been fully accepted, even embraced by the believers at Corinth. I’m sure some of them held to the “love is love” mindset to justify their cowardice. However, Paul, as the founding Apostle, sternly reproved them for accepting such sin into their midst. Amazingly, this sin is mild compared to some that are accepted today in many Christian institutions. It is becoming very common to see homosexuals in the church, and even holding leadership roles. Today’s acceptable sexual perversions include not only homosexuality, but transgenderism, and even pedophilia. Can anyone honestly say before God that such is “OK” because “we don’t judge others?”

The Bible’s command that we not judge others does not mean we cannot show discernment. Immediately after Jesus says, “Do not judge,” He says, “Do not give dogs what is sacred; do not throw your pearls to pigs” (Matthew 7:6). A little later in the same sermon, He says, “Watch out for false prophet… by their fruit you will recognize them” (verses 15–16). How are we to discern who are the “dogs” and “pigs” and “false prophets” unless we have the ability to make a judgment call on doctrines and deeds?

Though we are not to judge others in the condemnatory sense, we are called to be discerning. The things of God have to be examined with spiritual insight, as if looking to find if there is a fault. We have a responsibility to distinguish good from evil and light from darkness (Isaiah 5:20). We cannot merely say that we should not judge and therefore cannot call anything wrong. Our world is filled with sins and lies, and as Christians we are to judge these things accordingly.

1 Corinthians 2:14-16 (REV)
“But the worldly-minded person does not receive the things of the spirit of God, for they are foolishness to him, and he is not able to know them, because they are spiritually discerned. Now the spiritual person judges all things, but he himself is judged by no one. For who has come to know the mind of the Lord so as to instruct him? But we have the mind of Christ.”

In the world which we now live, the enemies of righteousness have perverted the freedoms of our society to undermine the very values which have sustained us for decades. Their evil has permeated our education system, our judicial system, and every other government institution. Culturally, we are fed a steady diet of false reality through television and digital media, usually portrayed by odd balls and malcontents. They are redefining reality by the abundance of their visual and spoken messages. USA Today selected their “Woman of the Year” as Rachel Levine (a man who had his genitals removed). Worse yet, this “woman” is now one of the highest-ranking health specialists in government as Assistant Secretary for Health Science.

One of our Founding Fathers, John Adams stated this profound truth, “Our Constitution was made only for a moral and religious people. It is wholly inadequate to the government of any other.” Morality in its most basic terms is the adherence to a standard of right and wrong. Period.

Holocaust survivor Elie Wiesel penned the following, “We must always take sides. Neutrality helps the oppressor, never the victim. Silence encourages the tormentor, never the tormented.” If there has ever been a time for Christians to “take sides” it is now. The evil men are not backing down, they are doubling down. They believe most Christians will simply stand by and watch without complaint. Let’s show them we won’t give away our freedoms or the future without a fight. Speak up, stand up and be courageous for our God and our Lord Jesus for they are with us. AMEN!