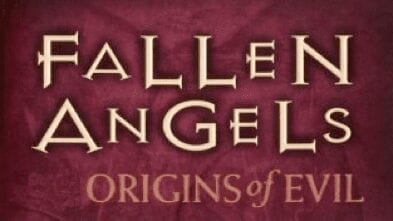 Scripture teaches that God is love and, since His character is constant, He has always been love. God is light and in Him is no darkness at all. His purposes and His plans are righteous. He is “holy,” meaning that He is separate from His creation. God is not tainted by a sin-stained creation, provided it can be shown from His Word that He is in no way responsible for its having been stained.

What was the decision that God faced “in the beginning” as He contemplated His future creation? It was whether or not to create independent free-will beings with not only the capacity to reciprocate His love, but also the capacity to reject it and turn against Him. One is not possible without the other. As E. G. White put it:

The law of love being the foundation of the government of God, the happiness of all created beings depended upon their perfect accord with its great principles of righteousness. God desires from all His creatures the service of love — homage that springs from an intelligent appreciation of His character. He takes no pleasure in a forced allegiance, and to all He grants freedom of will, that they may render Him voluntary service.

It seems logical that before God made the decision to create living beings with freedom of will, He had to plan for their possible failure. We believe that in His infinitely diversified wisdom He contemplated every conceivable eventuality and formulated a contingency plan for each, with a view toward His desired goal for mankind. He decided to “go for it,” and because God’s nature is pure righteousness, in His acts of creating such beings He knowingly and willingly committed Himself to a totally righteous dealing with all of them, even if they chose to rebel against Him.

As far as we know from Scripture, the first beings created by God were angels (Job 38:4–7). One of the most powerful is referred to in the Bible as “Lucifer.” Although he was an awesome and powerful being, Lucifer was not made morally perfect. That is, he had free will, he could either obey God or disobey Him, and it was up to him to choose between these two alternatives. Speaking figuratively about Lucifer’s beauty, wisdom and ability, Ezekiel wrote:

Ezekiel 28:12-15
(12) “Son of man, take up a lament concerning the king of Tyre [Satan] and say to him: ‘This is what the Sovereign LORD says: ” ‘You were the model of perfection, full of wisdom and perfect in beauty.
(13) You were in Eden, the garden of God; every precious stone adorned you: ruby, topaz and emerald, chrysolite, onyx and jasper, sapphire, turquoise and beryl. Your settings and mountings were made of gold; on the day you were created they were prepared.
(14) You were anointed as a guardian cherub, for so I ordained you. You were on the holy mount of God; you walked among the fiery stones.
(15) You were blameless in your ways from the day you were created till wickedness was found in you.

Some will ask, “How could Lucifer have even conceived of evil?” This is a very good question, and we believe the answer lies in the above verses. First of all, remember that God created him with genuine freedom of will. Second, God in His goodness had made Lucifer so magnificent that you could say he had a taste of what it was like to be God.

The question could be asked: Why didn’t God create Lucifer with less ability and wisdom, in order to protect Himself against the consequences of his potential rebellion? The only answer we can think of lies in the phrase “the model of perfection” in Ezekiel 28.

Among all God’s creation, Lucifer was most capable of perceiving God’s nature and goodness, having been made most like Him. But instead of appreciating the grace of this exalted station and enjoying the fellowship available with God, he was lifted up in pride, thinking himself to be deserving of even greater status—that due only the Creator Himself. He was close enough to being like God that he thought equality with God was something he could grab.

Making Lucifer “…the model of perfection, full of wisdom and perfect in beauty” was an expression of God’s magnanimity, and to His credit. Lucifer should have been filled with thanksgiving and praise for his Creator, and eager to serve Him in response to God’s blessings. Instead, pride in his own greatness fueled his desire for supremacy. All he ever said was, “I love Lucifer.” His pride finally drove him to attempt to usurp God’s ultimate authority.

Isaiah 14:13 and 14
(13) You said in your heart, I will ascend to heaven; I will raise my throne above the stars of God; I will sit enthroned on the mount of assembly, on the utmost heights of the sacred mountain.
(14) I will ascend above the tops of the clouds; I will make myself like the Most High.”

It is obvious that Lucifer had freedom of will, because five times he said, “I will.” But God will have the last word. The impending doom of the Devil is certain, and many verses attest to that fact. God responded to Lucifer’s pride and rebellion by driving him from His presence and casting him to earth.

Ezekiel 28:16 and 17
(16) Through your widespread trade you were filled with violence, and you sinned. So I drove you in disgrace from the mount of God, and I expelled you, O guardian cherub, from among the fiery stones.
(17) Your heart became proud on account of your beauty, and you corrupted your wisdom because of your splendor. So I threw you to the earth; I made a spectacle of you before kings.

Why didn’t God destroy Satan at the time of his original rebellion? Another good question. We believe E. G. White offers a plausible explanation:

Even when it was decided that he could no longer remain in Heaven, infinite wisdom did not destroy Satan. Since the service of love can alone be acceptable to God, the allegiance of His creatures must rest upon a conviction of His justice and benevolence. The inhabitants of Heaven,…being unprepared to comprehend the nature or consequences of sin, could not then have seen the justice and mercy of God in the destruction of Satan. Had he been immediately blotted from existence, they would have served God from fear, rather than from love. The influence of the deceiver would not have been fully destroyed, nor would the spirit of rebellion have been utterly eradicated. Evil must be permitted to come to maturity. For the good of the entire universe through ceaseless ages, Satan must more fully develop his principles, that his charges against the divine government might be seen in their true light by all created beings, that the justice and mercy of God and the immutability of His law might forever be placed beyond all question.

Satan’s rebellion was to be a lesson to the universe through all coming ages, a perpetual testimony to the nature and terrible results of sin. The working out of Satan’s rule, its effects upon both men and angels, would show what must be the fruit of setting aside the divine authority. It would testify that with the existence of God’s government and His Law is bound up the well being of all the creatures He has made. Thus the history of his terrible experiment of rebellion was to be a perpetual safeguard to all holy intelligences, to prevent them from being deceived as to the nature of transgression, to save them from committing sin, and suffering its punishment.

As we have seen, God’s Word sets forth the role of the Devil in the origin of evil and sin—a most logical and plausible explanation. But some people do not believe that there is any such thing as “the Devil.” Their alternative explanations for evil, sin and suffering leave people without hope or recourse, having to blame God, themselves, their mothers, society or cruel cosmic chance.

We find the biblical evidence for the existence of the Devil completely compelling. Moreover, the evidence of evil in the world around us points to a sinister intelligence behind all the misery and suffering we see. Concerning this, E. W. Kenyon wrote:

There is no explanation for the intelligence and organization that is behind the power of sin, if there be no such a being as Satan. The prevalence, power and malignity of sin compel us to look for a cause.

While men are ignorant of his devices, this vigilant foe is upon their track every moment. He is intruding his presence in every department of the household, in every street of our cities, in the churches, in the national councils, in the courts of justice, perplexing, deceiving, seducing, everywhere ruining the souls and bodies of men, women, and children, breaking up families, sowing hatred, emulation, strife, sedition, murder. And the Christian world seems to regard these things as though God had appointed them and they must exist.

The sin of Lucifer is most surely the root cause of all evil and suffering, but it is not the only cause. In order to answer the question asked of Jesus in John 9, “Who sinned?” we must look further in God’s Word.