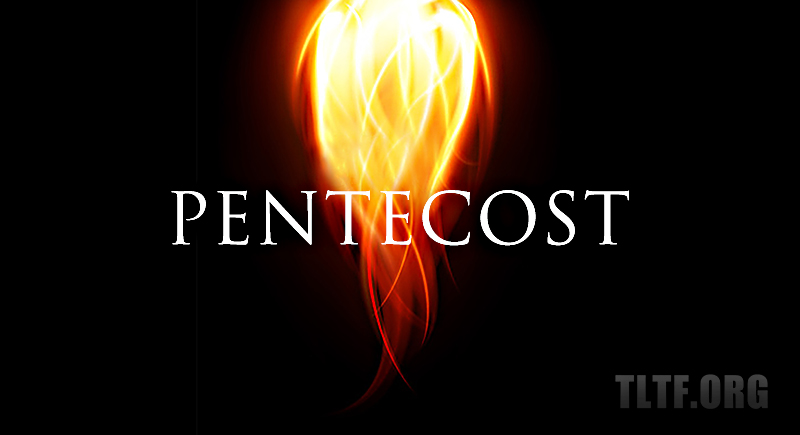 Greetings, blessings, and welcome to Summer—a good time to get out and share the Word of God with people. This year, the Christian calendar celebrates Pentecost on June 9, the seventh Sunday after Easter. The monumental significance of what happened that particular day, as described in Acts 2, cannot be overstated. The record begins with the words, “And when the day of Pentecost was fully come…”

Think about that from God’s chronological perspective. He agonized as His prototype Man disobeyed His simple directives and foisted a sinful, self-centered nature upon all mankind. He wept as the first human ever born murdered the second person born—his brother. He grieved when the human race became so mutated by the incursion of the Nephilim that He had to flood the place to get rid of them all and start over with eight folks. He later chose Israel as His own portion on earth, but their incessant idolatry caused Him great lament.

Working with free-will humans, God had to wait about 4000 years after Adam to implement “Plan B” and bring into the world the Savior He had promised from Genesis 3:15 onward. Then He had to watch His beloved Son tortured and murdered. 72 hours later, the Father raised His Son to newness of life, and excitedly told him the greatest Secret He ever had to keep: the Body of Christ, the “one new man” (Eph.2:15), believers filled with holy spirit, having permanent salvation, and guaranteed of being gathered together when the Lord comes to meet us “in the air.”

Then God waited another 50 days or so after the Resurrection before He commissioned His Son to pour out His divine nature into the first “Christians,” including many of Jesus’ dearest friends. Do you think God was glad to finally see that glorious day? Only then, at the beginning of this current “administration of the secret,” were things inexorably set in motion such that the Creator is now assured of His goal of a perfect race on a perfect earth, forever.

Acts 1 and 2 are filled with vital truths concerning the early days of what we now know as “Christianity,” and I exposit all of both chapters in One Day With The Creator, Segment 16. Besides numerous other misconceptions about the events surrounding what we now call “Pentecost,” tradition erroneously teaches that the “about 120” disciples of Acts 1:15 had crammed into the “upper room,” and there they received the initial outpouring of God’s free gift of holy spirit. Scripture shows they were in the Temple, a 20-acre area that was the most public place in town, especially on that important Jewish holiday known originally as the Feast of Weeks. Just like the Resurrection, which Paul told King Agrippa “was not done in a corner” (Acts 26:26), so the birth of the Christian ekklesia occurred, rather spectacularly, where most everyone would know about it.

Acts 1:14 gives us a most interesting fact about who was included in the group of disciples waiting for “the promise of the Father”: “These all continued with one accord in prayer and supplication, with the women, and Mary the mother of Jesus, and with his brethren.” Remember that Mary was at the Cross, and watched her son endure the horror he did. What did that do to her? Conversely, what did she feel when she first saw him after the Resurrection? What conversations did they have before he ascended? And how did Jesus feel when he saw his mother speak in tongues on Pentecost?!

As a side note, I believe Scripture indicates that Joseph died during Jesus’ lifetime. Culturally speaking, he as a husband and father was conspicuously absent on three occasions when, had he been alive, he would have been present. First, at the wedding in Cana (John 2), where Mary, as a woman, was giving orders. Second, when she and his brothers came to get him because they thought he was “beside himself” (Mark 3). Lastly, and most significantly, at the Cross, when Jesus asked one of the disciples to care for Mary (John 19:26-27). As the Lord anticipates his coming for all Christians, how eager do you think he is to see his mother and father and brothers and sisters? Think about this: he will raise Mary at the “Rapture,” but, if Joseph had died, he won’t get up until about seven years later, when Jesus comes with us to set up his kingdom on earth.

Another fascinating aspect of that Pentecost is how it relates to what happened way back at Babel. Genesis 11:1 says that “the whole earth was of one language, and of one speech.“ In that language, the words God heard were disappointing, to say the least, as mankind plotted against Him to establish a satanic one-world government and religion. He temporarily solved that problem by “confounding their language” into many different tongues and scattering them around the earth. But that did not change their hearts, and before long some people in every nation were speaking ill of our loving Creator.

On Pentecost, God gave those who believed in His Son the ability to fluently speak one or more languages they had never learned. Now He gets to hear His children praise and worship Him in a myriad of languages, both of men and of angels. I’m guessing there will be only one language that all we believers will speak after the Lord takes us up to the heaven of heavens for a while and then comes back to earth with us. “For English, press 1.”

But the most momentous element of what happened on that Pentecost is that God instituted permanent salvation via the new birth, as per Romans 10:9 and 1 Peter 1:23. And He chose speaking in tongues to be the only absolutely indisputable proof that one is forever saved from sin and death. What a concept! And that biblical truth is one of the best things you and I have ever been taught.

I often listen to Christian radio while in my car, and people regularly call to ask what might be the most important question they could ask: “How do I know if I’m really saved and have everlasting life with the Lord?” It is very sad that so few Christians today can give the biblical answer to that critical question. Sometimes the answer is accurate in one respect: “If you have done what Romans 10:9 says, you are saved,” but God’s assurance goes far beyond that. Usually, however, the answer given is something like: “If you’re truly saved, your behavior will make that obvious, and those who turn from the faith were never really saved.”

But that answer fails to recognize the difference between one’s standing as a child of God and his state of fellowship with God. Being born again and receiving the gift of holy spirit takes a split second, but that does not automatically change one’s mind and behavior. Doing so is a lifelong process of growth that God calls “putting off” our old sinful habits and “renewing” our minds, i.e., putting on the thoughts and attitudes of our Lord and Savior.

God’s gift of His divine nature is our guarantee of salvation, but because we cannot feel it, He has given us a way to know for sure that we have it and all its spiritual accoutrements. Besides being the only way to perfectly tell God how much you love Him, speaking in tongues—a language you have never learned—is your absolute proof that (a) God’s Word is true, (b) Jesus conquered death, (c) so will you, (d) you are filled with the same power of God that raised Jesus from the dead, (e) you can utilize all nine manifestations of the spirit (1 Cor. 12:8-10).

In closing, here are God’s only three uses in the Bible of the Greek word arrabon, which means a foretaste and pledge of future benefits, a guarantee, a down-payment like “earnest money.” So that you can fittingly revel in what it is you are guaranteed of, here are some verses in each context of its uses.

2 Corinthians 1:18-22
18 But as God is true, our word toward you was not yes and no. 19 For the Son of God, Jesus Christ, who was preached among you by us, even by me and Silvanus and Timotheus, was not yes and no, but in him was yes. 20 For all the promises of God in him are yes, and in him Amen, unto the glory of God by us. 21 Now he which establishes us with you in Christ, and has anointed us, is God; 22 Who has also sealed us, and given the earnest of the spirit in our hearts.

2 Corinthians 5:1-5
1 For we know that if our earthly house of this tabernacle were dissolved, we have a building of God, a house not made with hands, eternal in the heavens. 2 For in this we groan, earnestly desiring to be clothed upon with our house which is from heaven: 3 If so be that being clothed we shall not be found naked. 4 For we that are in this tabernacle do groan, being burdened: not for that we would be unclothed, but clothed upon, that mortality might be swallowed up of life. 5 Now he that has wrought us for the selfsame thing is God, who also has given unto us the earnest of the spirit.

Ephesians 1:11-14
11 In whom also we have obtained an inheritance, being predestinated according to the purpose of him who worketh all things after the counsel of his own will: 12 That we should be to the praise of his glory, who first trusted in Christ. 13 In whom you also trusted, after that you heard the word of truth, the gospel of your salvation: in whom also after that you believed, you were sealed with that holy spirit of promise, 14 Which is the earnest of our inheritance until the redemption of the purchased possession, unto the praise of his glory.

As you speak in tongues much today, rejoice in all that God and Christ have done, are doing, and will do for you. God bless you!